Luxury fashion brands take the two top spots in this year’s FT-Statista list, which is based on employee perceptions

French luxury group Hermès has come top in the latest annual ranking of European employers for its perceived progress towards greater diversity and inclusion, as compiled by the Financial Times and research partner Statista.

Consumer-facing businesses took most of the top slots in this year’s list, with Italian luxury clothier Giorgio Armani coming in second and travel group Expedia ranking fourth. Third-placed Infineon, the German semiconductor group, is the only company to appear in the top five for all three years of the survey.

The FT-Statista research focuses on the dimensions of gender, ethnicity, disability, LGBT+ and age. As in previous years, the ranking is based on workers’ perceptions: this year, the survey involved more than 100,000 people at thousands of companies across 16 countries.

Overall, employees were most likely to praise employers’ work on gender and were most dissatisfied with their approach to ethnicity, says Yvonne Thamm, who led Statista’s work on the survey. That is important because employee views on ethnicity tended to influence their broader view of their companies.

“The better the company [does] on diversity factors, the more willing employees are to recommend their employers to others,” Thamm says. “This is a trend that has been strengthening over the three-year life of the surveys,” she adds.

Participants were asked about their own employer’s commitment to diversity, and to rate other sizeable companies in their sector. The rankings give increased weight to answers from women, minorities and others targeted by inclusion policies, and only companies with 250 or more employees were eligible for inclusion.

The top-rated companies all did best for general diversity, although most also drew high rankings for particular categories. Hermès did especially well on perceived diversity by ethnicity, Expedia and Infineon drew high marks for gender, and Armani did well for LGBT+.

Executives at Hermès — which last year ranked fifth — credit its success in the ranking to policies that create a stronger sense of belonging. “We provide our employees with meaningful jobs — today, people need to understand what they do, the purpose of their jobs,” says Olivier Fournier, who heads corporate development and social affairs.

Additional questions that Statista asked as part of the survey gave a more holistic picture. Thamm says companies that were rated highly for diversity also had higher proportions of employees agreeing with statements such as “There is a strong sense of solidarity during a crisis” and “My employer understands personal difficulties during a crisis”. While these statements did not specifically mention Covid, the answers were probably affected by the pandemic.

Infineon, for example, set up special training programmes for both managers and line employees on how to be effective at remote working. More than 25 per cent of the company’s remote workers took part, says Markus Fink, Infineon’s global head of human resources.

He also credits the company’s consistently good scores to its communication efforts and high-level leadership. “We have great role models and supporters, from the board level to other allies like our head of strategy, who uses every opportunity to highlight the importance of diversity,” Fink says. “We talk about why we are doing this, rather than just saying ‘we have a programme’ . . . It is all contributing to this sense of belonging.”

But communication cannot be just one way, says Roianne Nedd, global head of inclusion at consultancy Oliver Wyman: “What organisations need to learn is how to listen.”

She advocates two kinds of forums: “safe spaces” where people with similar concerns and characteristics can come together, and sensitively curated “open spaces” that bring different kinds of people together to build empathy. “We want every single person in our organisation to fit in,” she says. 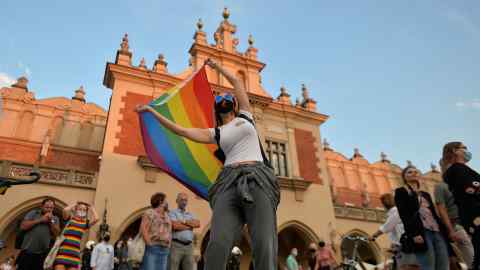 The ranking uncovered some intriguing sectoral differences. Packaged good companies, and pharmaceutical and biotech companies led for the second year in a row, joined this year by travel. But services and supplies groups, and engineering and manufacturing companies, were among the bottom three again — joined this year by construction.

Diversity efforts are also complicated by patchy data and laws in countries such as France and Italy that ban asking employees about ethnic background.

Sonia Rossetti, regional head of corporate affairs at banking group Standard Chartered, warns that employers have to think carefully about how they go about measuring diversity.

“It can seem intrusive that an organisation wants personal information, such as ethnicity, disability or sexual orientation,” she says. “So, you need to be really explicit about why it is so important, what you’re going to do with it and what the benefit is for employees once we can measure and track progress.”

Some of the higher-ranked companies believe their success lies in making their inclusion commitments concrete. Infineon links executive pay to environmental, social and governance targets, which includes a specific diversity element.

Expedia has set up eight “inclusion business groups”, which have 4,000 members. Each one has eight board members who are expected to devote 10 per cent of their work time to the IBG and that work is included in performance reviews.

“There are moral reasons to focus on diversity and inclusion and there are business reasons,” says Michael Davis Velasco, Expedia’s chief inclusion and diversity officer. “Our mission is to empower global travel for everyone, everywhere, and to do that you have to break down barriers.”

Laura Tadini, Armani’s global human resources director, also supports the business case for inclusion. “Focusing on the welfare of the employees is one of the best ways to make the whole engine work better. Profit is important, but profit can only be properly obtained by creating a healthy workspace.” 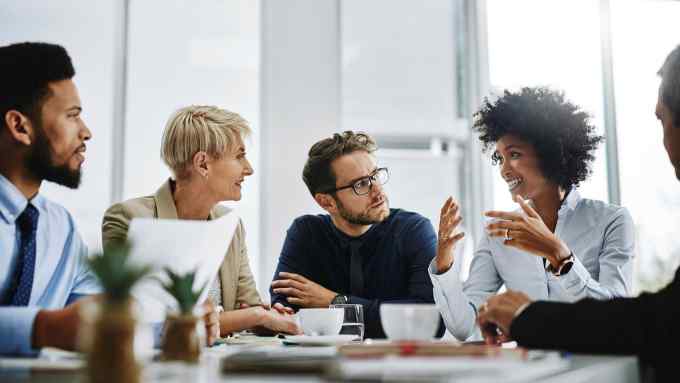