Chocolate means different things to different children. For kids in rich countries, it is a brightly packaged, delicious treat. For those in poor countries — especially in west Africa — it is all too often a burden: a $100bn product whose key ingredient, the cocoa bean, they must work hard to cultivate.

Child labour has long been a feature of cocoa production in Ghana and Ivory Coast, which together account for about 60 per cent of the global supply. That has led to fierce criticism of the multinational food businesses that buy the cocoa.

Last year, a lawsuit filed by campaign group International Rights Advocates against Swiss conglomerate Nestlé and agriculture trader Cargill, accusing them of being complicit in the use of forced child labour, made it all the way to the US Supreme Court, before being thrown out.

Roughly six months later, in January 2022, Nestlé announced an initiative to tackle the issue. The world’s largest food producer hopes this “innovative” $1.4bn plan — involving direct payouts to African cocoa farmers — can tackle the poverty that is the root cause of child labour. Early signs are promising, though experts warn that there are limits to what the private sector can achieve.

It is far from being a marginal problem: a 2020 study by research organisation NORC at the University of Chicago found that 1.56mn children were working in cocoa production across Ghana and Ivory Coast. Nearly 95 per cent of them were doing tasks classed as hazardous, such as using sharp tools or agrochemicals, with just over one-third reporting injuries.

Matthias Lange, executive director of the International Cocoa Initiative (ICI), a Swiss-based non-profit that advised Nestlé on its programme, points out that much of this work — more than 95 per cent — is carried out on family smallholdings, often during the weekend or before school.

These arrangements are a result of the poor returns that many of these businesses generate. According to the World Economic Forum, cocoa farmers in Ghana have an average income of about $1 a day, while their counterparts in Ivory Coast make an estimated $0.78 a day — well below the extreme poverty line of $1.90 a day established by the World Bank.

For the farmers who participate, Nestlé’s scheme has the potential to more than double their income. It provides cash incentives to encourage action in four main areas: enrolling children in school; enabling sustainable forestry; improving cultivation techniques, through best-practice pruning, for example; and finding other income sources.

For each of these practices, farmers will earn SFr100 ($100) a year, with an additional SFr100 for those achieving all four. Incentives will fall by half after the first two years.

The programme will focus first on Ivory Coast before being extended to Ghana in 2024. Just over 10,700 Ivorian cocoa-farming households have enrolled so far, comfortably above the initial target of 10,000 by 2023.

More than 300 pruning groups have been established — teams of farmers and young people trained to prune cocoa trees to a high standard with the right equipment. Nestlé wants farmers to become accustomed to using professional services that lead to higher yields.

As with the other pillars of the scheme, the aim is to raise incomes to break the cycle of reliance on cheap child labour, though the company admits that it will take a long time to see results.

“All these things will contribute to reducing child labour, but there’s no one silver bullet,” says Darrell High, global head of Nestlé’s cocoa plan. “There will be laggards,” he adds. “Maybe they don’t agree with pruning and they agree with the education thing. And they say, ‘I’m going to watch the neighbour, see what happens and decide next year . . .’”

For Sophie De Coninck, senior specialist at the International Labour Organization’s Abidjan office, private initiatives may be part of the solution, but it is also vital to work with governments.

“The private sector operates in an environment facing structural problems: lack of access to education, to social protection, to decent work opportunities,” she says. If these fundamental problems are not addressed, De Coninck says, companies’ efforts to eliminate child labour in their supply chains may result in children going to work elsewhere — such as in mines, which can be “far more dangerous than working in cocoa”.

Despite these additional factors and complexities, experts agree that regular direct payments are a proven remedy. Cash transfer programmes can both raise farmers’ overall income and help cushion them against shocks such as poor harvests. One ICI pilot scheme in Ghana, which distributed an average of $30 a month per household over six months, led to a 20 per cent fall in child labour.

In rolling out its own plan, Nestlé admits that it has experienced some problems. One of them has been making sure that farmers have access to mobile banking so that they can receive their payments.

“You’ve got basically 10,000 farmers plus 10,000 spouses to get registered on to mobile money,” High says. “Maybe they don’t have a mobile phone, they don’t have an account; some of them don’t even have identity cards.”

So far, Nestlé says that nearly 9,000 farmers have enrolled with mobile money, along with about half that number of spouses or female farmers.

The company reports that rivals are now taking note, with other multinationals making inquiries about its initiative. “People are asking us how it’s working,” High says. “It’s definitely got an interest and we would like this to be bigger.” 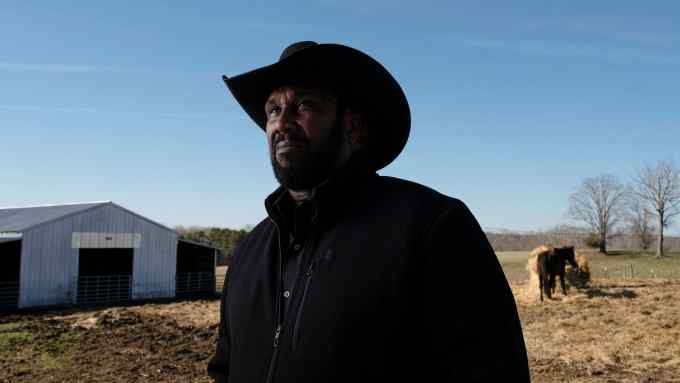