If you think the same, join us
Gleam genie: put the dazzle in your smile
How To Spend It Beauty

Where to find the perfect smile

The latest in cosmetic dentistry, from warp-speed alignment to the ‘Farrow & Ball’ of veneers

A woman in her early 30s recently arrived at Dr Justin Glaister’s Harley Street practice in search of an “urgent” smile makeover. Seeing herself on Zoom call after Zoom call had made her self-conscious about the spaces between her teeth – and she was getting married soon. There could be no unsightly gaps at the altar and in the photos. “She said, ‘I want this to look super-natural, I don’t want anybody to know I’ve had [work] done,’” recalls Glaister.

The cosmetic dentist got to work using composite bonding, a resin that’s painted onto teeth, in layer upon layer, to create more shapely forms. Recent advancements have made the material stronger and much better at mimicking the look of enamel. “From changing the shape, angulation and colour of teeth, there isn’t much you can’t do with bonding,” says Glaister, who is known for his mastery of this finicky procedure. Four hours and £2,250 later, the bride-to-be’s pearly whites were transformed.

This natural look is the aesthetic that most top cosmetic dentists are delivering today. Gone are the horsey veneers of the ’90s and the dazzlingly white gnashers reminiscent of Ross Geller’s glow-in-the-dark smile in Friends. Whether it’s attained through bonding or porcelain veneers, gum lifts or aligners, people are looking for a smile that “doesn’t walk in the room before they do”, says Dr Michael Apa, the Manhattan dentist behind the Olsen twins’ grins.

In the past five years, awareness of cosmetic dentistry has increased twentyfold thanks to “before and after” smile shots on Instagram, says Apa. During the pandemic, constant video calls alerted people to the state of their teeth – and because they were unable to splurge on travel, many had the cash to fix those crooked canines. In April, Invisalign, the Californian clear-aligner behemoth, reported that revenues were up by 56 per cent year on year. “Almost every dentist in the US has seen a boom in demand for cosmetic services,” says Dr Jon Marashi, a leading Los Angeles practitioner, while Glaister says this is probably the busiest he’s been in 25 years.

The road to a fetching smile starts at the base of the teeth. Gummy grin? Dr Reena Wadia has you covered. The London periodontist – a gum specialist – has seen demand for gum lifts (or crown lengthening) go “through the roof” in the past year, especially among women in their 30s and 40s. Targeting smiles in which more pink tissue is on show than desired, it involves removing a sliver of gum and sometimes bone. “It feels like you’re having a filling; it’s just a bit of water and some buzzing,” says Dr Reena (as she prefers to be known). Conversely, gum recession is when the root of the tooth becomes exposed – often due to overzealous brushing – which can look unappealing and be sensitive to touch. The fix? A gum graft, whereby Dr Reena extracts skin from the roof of the mouth and stitches it over the exposed area. Both treatments take one to two hours, cost from £900 to £2,300, and patients can return to work the next day.

To be able to change somebody’s smile in one sitting, by hand, and without drilling their teeth, is pretty exciting”

Are your teeth yellowing? Or wonky? Or perhaps just oddly shaped? Treatments can roughly be divided into bleaching, alignment and sculpting procedures. When trying to turn coffee-stained incisors to alabaster, it’s worth visiting a dentist, because while all whitening gels contain the same active ingredient – hydrogen peroxide or carbamide peroxide – products deployed by professionals have a higher concentration than those sold in pharmacies. “The predictability and speed of whitening has gotten better – and most importantly, the [impact on tooth] sensitivity has been reduced”, says Dr Sameer Patel of London’s Elleven Dental.

Experts advocate a combination of in-office treatments and at-home trays from companies such as Enlighten, Zoom, Kor and Boost. Glaister’s patients use overnight gel trays for two weeks before getting a final bout in his chair, at a total cost of £695. He likes Enlighten because it’s one of the few companies to guarantee at least a B1 shade, which is considered the lightest hue that can be found in nature. Enlighten also has a pre- and post-whitening Tooth Serum that uses nano-hydroxyapatite, a synthetic mineral first used by NASA astronauts to repair enamel lost in the absence of gravity (it also adds gloss and brightens). Dr Sharon Huang, of Manhattan’s Les Belles clinic, offers an in-clinic session for $700 or a deluxe package combining at-home and in-office bleaching for $1,695. In what will be a comfort to many, Marashi emphasises that, irrespective of your treatment, you’ll never go to “blinding toilet-bowl white” in one go.

The dental industry’s major game-changer in recent years has been the clear-aligner system pioneered by Invisalign, which has made orthodontics viable for adults who wouldn’t dare don train-track braces. (Alongside this, a market has sprouted for direct-to-consumer aligners; if you opt for one of these brands, make sure it is dentist-led, cautions Dr Reena.) For those unwilling to wait for months while their teeth shift, however, dentists including Huang have devised accelerated Invisalign programmes that can reduce the time spent in plastic trays by over 70 per cent.

Before issuing aligners, Huang performs a procedure that she likens to a facialist’s “micro-needling”, in which a small tool called Propel is used to create perforations in the gum and bone underneath. Adapted from orthopaedic surgery techniques, it triggers the body to send bone cells to regenerate the area, which means the teeth can be moved more quickly. Additionally, patients pop a high-frequency vibrating device into their mouth for five minutes daily. Each aligner is subsequently worn for three to four days rather than two weeks, meaning minor cases can be straightened out in one month – at a cost of $1,650 on top of your standard Invisalign fees (ranging from $5,800 to $6,800). “Our patients come in and say, ‘I’m getting married in four weeks, how fast can we do this?’” says Huang. “We’ve tailored the practice to deliver.”

Glaister, who often uses Invisalign and then composite bonding for finessing, says the non-invasive nature of bonding means it’s increasingly popular among younger generations. At £275 to £375 per tooth, this option is far cheaper than veneers and, most importantly, it doesn’t damage the underlying tooth, he says. “To be able to change somebody’s smile in one sitting, by hand, and without drilling their teeth, is pretty exciting.”

Nonetheless, from a purely aesthetic perspective, veneers – wafers of porcelain affixed to the front of teeth – remain the holy grail. In the US, where veneers are most popular, Apa and Marashi are the two names on speed-dial for the rich and famous. They charge between $3,500 and $5,000 per tooth, meaning a full smile can cost almost $100,000 and require multiple in-clinic sessions. Patients are given temporary models to wear as a trial, before being fitted with permanent hand-crafted veneers. Their work is akin to couture tailoring for the mouth.

In addition to A-listers including Ben Affleck and Jessica Biel, Marashi’s clientele mostly consists of high-net-worth professionals aged from 40 to 60; it used to be female dominant but today is split evenly, as the stigma of men investing in their looks has decreased, he says. In 2020, he unveiled a coloured porcelain range – dubbed “the Farrow & Ball of veneers” – to help patients find their ideal shade. White is never just white. Those with pale complexions “need more of a translucent quality and cooler tone to their teeth”, he says, “whereas someone with olive skin needs a warmer undertone, something with a yellow.”

How To Spend It
Shroom for improvement 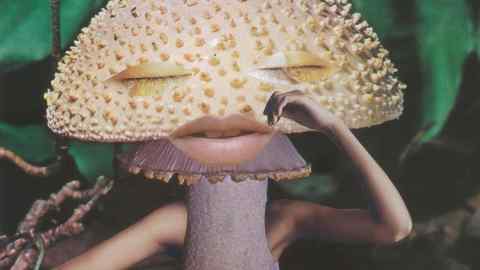 Dr Apa, who combines 3D intraoral scanning and other advanced technologies with good old-fashioned touch and feel, similarly matches teeth to other features by considering such things as face shape and lip length. The problem with cookie-cutter choppers, he says, is that faces are “asymmetrical, so if there’s one perfect thing, it’ll make everything else look insane”. His veneers, while themselves asymmetrical, “create overall harmony” in the context of the face.

Dentists usually send blueprints to a lab where ceramists or, increasingly, machines, cut the teeth. But in Dr Apa’s clinics in New York, LA and Dubai, he’s made the unprecedented move of bringing technicians in-house so that he can directly supervise their handiwork.

“In the end,” he says, “the ceramic is layered with a paintbrush and powder, like I feel it’s supposed to be.”

Explore the series
READ MOREGleam genie: put the dazzle in your smile
How I fixed my dental disaster 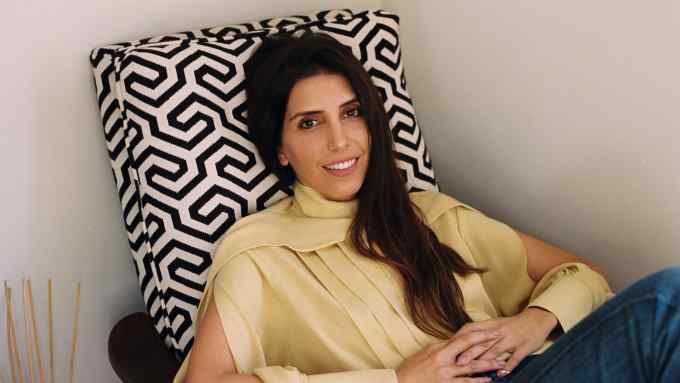