One of Deepa Prasad’s favourite childhood memories is a family cross-country road trip across the US — an experience that she recreated last year with her husband and teenage son in an electric vehicle.

Embarking on a long journey in an EV is complicated by its relatively short battery range, but technological advances and a proliferation of charging stations has made such road trips easier.

The Prasads’ road trip covered 7,500 miles over 33 days“We initially thought about flying somewhere but then we thought about the carbon footprint,” Ms Prasad says. “We had just purchased this great new electric vehicle and thought: ‘Let's do something fun with it.’”

Beginning from their home in New York City last summer, the Prasads took 33 days to drive 7,500 miles in their Tesla Model 3 — with its range of more than 300 miles between charges.

Taking in much of the northern US and western Canada, the family made stops at Yellowstone and Glacier national parks in the US, and Banff National Park and Niagara Falls in Canada.

Initial misgivings over the car’s battery range proved not to be as bad as feared. The family recharged the EV at hotels or at one of the 1,000 Tesla supercharging stations in the US and Canada. The latter have about nine chargers per station and recharging takes 30-45 minutes.

Because of the distances between chargers “we did have range anxiety when we were in Canada”, Ms Prasad says. “We would have to find a hotel that had chargers.” A lot of the hotels had level two chargers — which is the medium speed charger — and “most of them offered the charging for free”, she adds.

The US has 75,000 electric vehicle charging stations, including non-Tesla outlets. This compares with the country’s 111,000 petrol stations.

As well as at charging stations, EVs can be recharged at home or at workplaces with charge ports. Depending on the price of electricity, the US Department of Energy estimates of the cost of charging at a station at $2.64 per 100 miles.

Of the 280m registered vehicles on US roads, 1.5m are plug-ins. This includes all-electric, plug-in hybrids, and battery EVs.

The Edison Electric Institute, a trade group for US power utilities, projects that the number of EVs on US roads will reach 18.7m in 2030 and that about 9.6m charge ports will be required. “This represents a significant investment in EV charging infrastructure,” the institute notes.

More EVs on the roads means more demand for electricity. In Britain, EVs could raise peak demand by as much as 8.1 gigawatts by 2030, according to a report by energy provider National Grid. This equates to a 14 per cent increase on 2017 levels.

Almost all developed nations are interested in transitioning to EVs, says Friedrich Prinz at Stanford University’s nanoscale prototyping laboratory in the US. Norway, he notes, has “gone so far as to ban new combustion engine-based vehicle sales entirely” by 2025.

“Developed nations tend to be more concerned about the environment and have the resources to devote to protecting it, so they are the natural drivers of the shift to e-mobility.” Prof Prinz adds that increased demand for power due to the adoption of electric vehicles must be met by renewable energy.

“The only way we will successfully address the CO2 emissions and climate change is by transforming not only transportation but also how that transportation is powered,” he says. “It does not help if the ultimate power source of an electric car is an antiquated, heavily polluting power station.”

As to the Prasads’ journey across North America, concern for the environment was the reason why they chose to drive rather than fly. “I'm hopeful that there's going to be a big transformation to electrify transportation,” Ms Prasad says.

“A lot of people are afraid of the range anxiety and charging options,” she adds, but people who have EVs are “trying to educate the public more on the fact that the infrastructure is growing tremendously”. 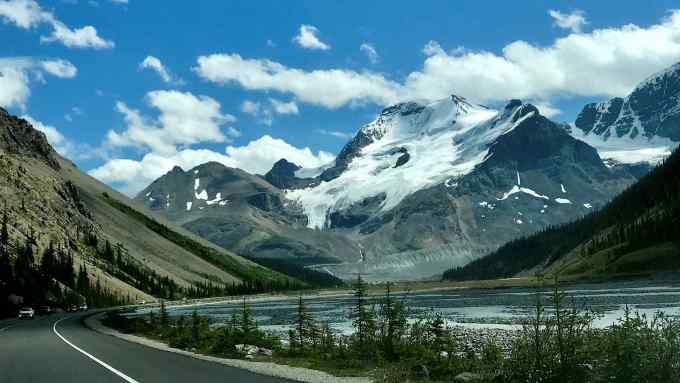