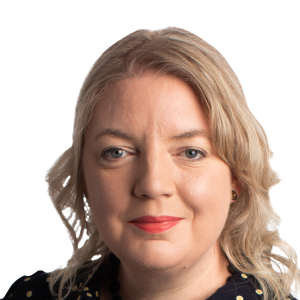 We’ll send you a myFT Daily Digest email rounding up the latest Mortgages news every morning.

How much could your household finances be squeezed in the next few years? The answer could well come down to the size of your mortgage.

If you’ve borrowed a lot of money to buy your dream home, rising interest rates have the potential to curb the spending power of the middle classes much more than rising energy bills have done so far.

I have a friend who has been paying an extra £500 a month on her mortgage since she rolled off a fixed-rate deal. She needs to move house in a year, for school-related reasons, so didn’t want to lock into another fix.

When the Bank of England increased the base rate by half a percentage point last week — the biggest rise in 27 years — she sent me a WhatsApp message saying “Arrrrrrghhhh”.

Most UK borrowers have locked into a fixed rate, but about 1.3mn will expire this year and 1.81mn next year, according to trade body UK Finance.

Bank of England data shows more than £10bn was overpaid on mortgages in the first six months of this year — a trend evidenced in FT Money’s bonus survey in February, where 13 per cent of respondents said this was your intention.

Soaring property prices, bigger mortgages and lengthier repayment terms mean that even a small change to interest rates will increase the lifetime costs of your home loan.

Here are some points to consider well in advance of when your current fix comes to an end.

Get your paperwork in order

Anyone with a fixed mortgage needs to plan for what to do when it expires. Find the date, ring it in your diary and be ready to start looking for a new deal at least six months beforehand.

“The amount of mortgage applications lenders are getting are still at very high levels, and we’ve seen two or three pause taking on new business while they get back up to speed,” says Andrew Montlake, managing director at mortgage broker Coreco.

He has heard stories of customers waiting three to four weeks to get a mortgage review appointment, by which time interest rates have risen.

If you’re sticking with the same lender, remortgaging deals — known as retention products — can’t usually be secured until you have less than four months remaining. But if you’re switching to a new lender, it’s often possible to “lock in” a rate six months ahead of your current deal expiring.

Expect to pay about £500 for an independent mortgage broker to help you find the best deal for your circumstances.

Careful preparation should mean you avoid the misery of reverting to your lender’s standard variable rate (SVR). The average SVR is already 5.17 per cent, according to Moneyfacts, the price comparison site.

This figure has increased for eight consecutive months and is likely to swell further, adding up to a huge payment shock for those who roll off a fix.

How long to fix for?

You won’t thank me for saying that the best time to fix your mortgage was six months to a year ago.

Five-year fixes are still the most popular product, but the average rate offered on these deals breached 4 per cent in August, according to Moneyfacts — a level last seen in 2014.

The average two-year fix is a shade under this at 3.95 per cent.

The more equity you have in your home, the better the rate you will be able to secure. However, deals with the lowest rates tend to have the highest fees (typically £1,000 or more). Add the fees to your loan, and you’ll be paying interest on top.

Mortgage brokers report early signs that more borrowers are prepared to gamble on a two-year fix, betting that central banks will be forced to cut rates in a recession.

High-profile US investors Cathie Wood and Ray Dalio have both said they expect to see rate cuts in 2023-24. However, non-billionaires are likely to value the certainty of a fixed rate on their biggest monthly outgoing.

Be prepared to make a quick decision

Whether you’re buying a home or remortgaging, speed is of the essence. The average mortgage product has an average shelf life of just 17 days, according to Moneyfacts — an all-time low. 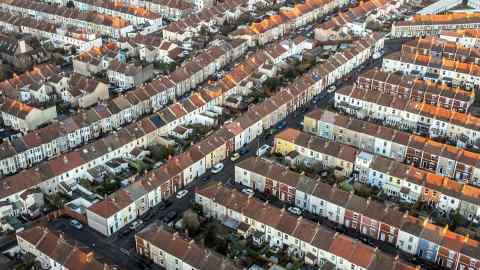 If a lender’s rate moves to the top of a best buy table, they will often withdraw it swiftly to avoid the operational challenge of a deluge of applications.

“I could give a client one rate at 9am, then have to call back at noon and say that deal is being withdrawn at 5pm today,” says Coreco’s Montlake. “Some clients think it’s a sales technique but that is the reality of the market.”

Should you pay to nix your current fix?

With rates ticking up, you may be tempted to pay a penalty to quit your existing deal and lock into a new one.

As a rule of thumb, early repayment charges on a five-year fix are 5 per cent of the outstanding balance in the first year, falling on a sliding scale to 1 per cent by the final year.

If you break a fix on a £500,000 mortgage with two years left to run, that could cost you £10,000, plus product fees for the new mortgage — and your monthly repayments would instantly be higher.

Is it worth it? A free mortgage calculator from budgeting app Nous.co attempts to answer this question based on market predictions about where interest rates could be by the time your fix ends and what the likely costs or savings could be.

I’d also use a mortgage overpayment calculator to see what impact using that cash to make a one-off repayment could have, assuming your mortgage deal allows this, and whether this could tip you into a lower LTV. Sprive, a new app, allows people to vary their overpayments in accordance with their monthly spending.

What about buy-to-let mortgages?

Landlords are more likely to have interest-only mortgages. Though most are locked into fixed-rate deals, this means they will be exposed to much bigger cost swings than repayment borrowers when rates expire.

Lenders apply a range of affordability calculations to buy-to-let loans. The main one is the interest coverage ratio — the monthly rent expressed as a percentage of your monthly interest payment — typically 125 to 145 per cent.

However, lenders use a “stress rate” to calculate these ratios and this is much higher than the actual interest paid on the loan.

David Hollingworth, associate director at broker L&C Mortgages, notes that several lenders have increased their stress rates this month, and expects others to follow. “The upshot will be landlords need to charge higher rents to borrow the same amount,” he says.

For example, Metro Bank has just upped one of its stress rates from 4 to 5.5 per cent, and demands interest cover of 140 per cent.

On a £200,000 interest only mortgage, he calculates this would mean landlords require an extra £350 of monthly rental income to satisfy the lender’s requirements.

As we’ve been hearing on the Money Clinic podcast this week, renters are already finding these higher costs are being passed on to them, with London letting agents reporting rent rises of 40 per cent on the renewal of tenancies.

However much rising mortgage rates make you want to scream, just be grateful that you own your home.