Beijing is tanking the domestic economy — and helping the world 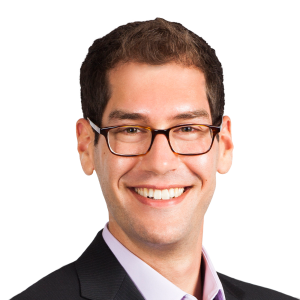 The writer is the founder of The Overshoot and the co-author of Trade Wars Are Class Wars.

China’s crackdown on property developers and its draconian “Covid Zero” policies are bad news for most of its people, as well as businesses abroad hoping to make money from Chinese customers.

But China’s internal troubles have an upside: lower demand for imported metals, energy, food and capital goods is alleviating inflationary pressures in the rest of the world. For the first time in decades, the country’s enormous trade surplus is a boon for workers elsewhere.

The downturn in the housing market began last summer in response to government restrictions on mortgage borrowing and developer leverage. Homebuilders sold an average of 156mn sq m a month of residential floor space from April to June 2021. This year in the same period, Chinese developers have sold just 106mn sq m a month.

The plunge in demand has flowed through to new building, with the amount of “residential floor space started” in April-June 2022 down by nearly half compared to last year. The pace of homebuilding has not been this slow since 2009.

The result is extra supply for the rest of the world. Iron ore, metallurgical coal and copper are essential materials for making construction steel, household appliances and electrical wiring. Before the recent downturn, China consumed about two-thirds of the world’s iron ore and metallurgical coal and about 40 per cent of the copper. Lower demand means lower prices. Compared with the recent peak in July 2021, iron ore futures are down by half, while Chinese metallurgical coal prices are down by about a third. Global copper prices have dropped by a quarter despite the expected tailwind of additional climate-related green investments in the US and Europe.

This has broader ramifications. Residential real estate is also the only asset class broadly available to Chinese savers outside of bank deposits, dwarfing the value of Chinese stocks and bonds. Until recently, Chinese consumers borrowed from banks to buy new homes — which had yet to be built — as investment properties. Now, developers are failing to finish their projects for lack of cash, some would-be homebuyers are refusing to pay their mortgages, and some local banks are stiffing depositors.

While local government bond issuance is soaring — the amount raised in May and June 2022 was the largest two-month sum ever — this mostly reflects cash flow shortfalls rather than new investment spending. Desperation is leading some local governments to raise money at around 9 per cent yields from household savers even though the central government issues 10-year bonds at yields under 3 per cent.

The impact of China’s housing crash is being compounded by the government’s Covid-related restrictions. Chinese consumer spending in the first half of 2022 was barely higher than in the first half of 2021 after accounting for inflation, and is now running more than 10 per cent below the pre-pandemic trend. Chinese oil refiners have been processing 10 per cent less crude oil since April compared with last spring thanks to the plunge in petrol demand. Electricity consumption, which had been expanding by about 7 per cent a year before the pandemic, is now growing just 2 per cent. China’s weakness has been a potent counterweight to the strain on global energy supplies caused by Russia’s invasion of Ukraine.

China’s domestic weakness is crushing demand for goods from the rest of the world. In dollar terms, spending on imports has been flat since the end of last year. Factor in rising prices, and China’s real import demand is down about 8 per cent since the lockdowns began, according to estimates from the Netherlands Bureau for Economic Policy Analysis. China’s exports continue to rise, however, providing foreign consumers and businesses with the goods they need.

In the past, the massive imbalance between China’s healthy exports and weak imports was a drag on the global economy, depriving workers elsewhere of the incomes they would have earned selling goods and services to Chinese customers. But now that inflation and commodity shortages are bigger concerns than underemployment, China’s troubles may be just what the rest of the world needs.