We’ll send you a myFT Daily Digest email rounding up the latest Law news every morning.

Donald Trump’s time in the White House is over, but his influence still hangs heavily over the US Supreme Court.

America’s highest court is tackling some of the country’s most divisive issues this term, including abortion, gun rights and climate change. And the outcomes will demonstrate how far the three conservatives Trump appointed — Neil Gorsuch, Brett Kavanaugh and Amy Coney Barrett — are willing to shift the court politically to the right.

Abortion has dominated the headlines ever since the justices voted recently, over Chief Justice John Roberts’ objection, to let an unusual Texas abortion law take effect while it was being challenged. Arguments this month in a Mississippi case on the same subject suggest the justices are fundamentally reconsidering Roe vs Wade, the 1973 case that held that access to abortion is a constitutional right.

If the newly enlarged conservative majority overturns both Roe and a 1992 decision that reaffirmed it, 21 states would immediately ban all or most abortions.

But abortion is far from the only hot issue on the docket this year. The justices recently took a climate change case that could seriously cramp President Joe Biden’s ability to regulate carbon emissions and would overturn another progressive precedent.

At November’s COP26 talks, the president put forward new rules as a key US climate achievement. But West Virginia and 18 other states are challenging the federal Environmental Protection Agency’s ability to regulate greenhouse gases from power stations. They have sued preemptively to prevent the Biden administration issuing comprehensive regulations, as former president Barack Obama tried to do in 2016.

The case offers the new conservative majority the opportunity to overturn the court’s groundbreaking 2007 decision that gave the EPA the authority to regulate greenhouse gases in the first place. Current justices Roberts, Samuel Alito and Clarence Thomas dissented from the 5-4 decision, and the three Trump appointees could make up a majority to roll back the decision entirely.

The justices are also considering a challenge to a New York state law that imposes strict limits on carrying guns outside the home. The questions raised by the justices at arguments in November suggested the majority is inclined to find the statute is unconstitutional, which would have far-reaching implications at a time when gun deaths are rising in many US cities.

All three cases pose a challenge for those justices who are ideologically conservative but also deeply concerned about the court’s legitimacy and the need to provide consistency over time. Roberts is the leading proponent of this view and, in the past, has voted with the court’s liberals to uphold Obamacare — the Affordable Care Act — several times and strike down a Louisiana abortion law that was virtually identical to a 2016 Texas case.

However, the 2020 appointment of Barrett to replace the late Ruth Bader Ginsburg means Roberts and the three liberal justices can no longer form a majority on their own.

They have at times been joined by Gorsuch, Kavanaugh and Barrett on decisions that either uphold the status quo or have a liberal bent. These include the 7-2 decision in June to turn back a third challenge to Obamacare, and the 2020 ruling that gay and transgender workers are protected by federal civil rights laws.

In other areas, though, particularly those involving civil rights and business, the majority has been staunchly conservative. The court ruled 6-3 in July to make it harder to challenge voting laws as racially discriminatory and, in June, they struck down a California law that required farm owners to grant access to labour organisers.

But those cases do not attract the same level of public interest as the challenges to abortion and guns. The greenhouse gas case also comes at a time when the fight against climate change has reached new urgency.

This may be another one of those moments. Support for the Supreme Court is already at its lowest level this century, with 37 per cent of voters saying they approve of the way it is handling its job and 49 per cent disapproving, with 14 per cent not offering an opinion. Both liberals and conservatives on a commission set up by Biden to look at the Supreme Court expressed interest in term limits for the justices, although that is unlikely to happen.

Criticism of the conservative majority became so intense recently that Barrett felt the need in September to declare that “this court is not comprised of a bunch of partisan hacks”.

This term’s cases on a series of polarising issues will put that pronouncement to the test.

Get alerts on Law when a new story is published 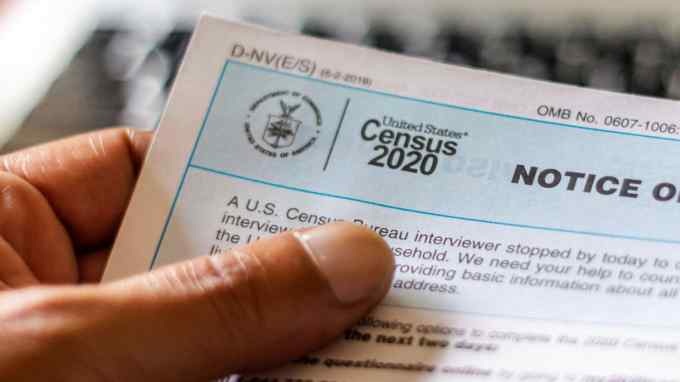