Reform efforts have ‘ground to a halt’, say experts

Uzbekistan has been vocal in recent years about its efforts to reform after years of authoritarian rule. But reports persist of alleged human rights abuses.

Under authoritarian dictator Islam Karimov, the Central Asian country was ranked alongside North Korea for its disregard of political rights and civil liberties. But, since Karimov’s death in 2016, the country has made progress under President Shavkat Mirziyoyev in trying to open up to the outside world.

Mirziyoyev has embarked on reforms, including releasing more than 50 political prisoners. In addition, systematic child and forced labour in the cotton industry has ended, according to the International Labour Organization, and some political debate has been encouraged.

Reforms have “definitely ground to a halt”, says Max Hess, Central Asian fellow at the Foreign Policy Research Institute, a think-tank, and head of political risk at consultancy Hawthorn Advisors. “The regime has continued to make some good noises publicly but it’s not really been willing to challenge the power structures that often are responsible for human rights abuses.”

Human rights campaign group Freedom House rates Uzbekistan in its 2020 report as “not free” and scores it 10 out of 100 for its global freedom status. “Reports of torture and other ill-treatment remain common”, it says.

One such report of ill-treatment concerns former high-ranking diplomat Kadyr Yusupov, who was convicted of treason by a closed court last year.

According to a 2020 submission to a UN working party by Yusupov’s son Babur, who says his father was wrongly convicted, Yusupov was put into solitary confinement in a tiny cell infested with scorpions and snakes in April 2020 for 14 days. He was subjected to alleged psychological torture by Uzbek security services, including threats of sexual violence against him, his wife and daughter, it adds.

In May this year, the UN working group on arbitrary detention found Yusupov’s imprisonment contravened its Universal Declaration of Human Rights and called for his immediate release.

“I think things are going backwards,” says Babur Yusupov, talking about the government’s reforms. “The initial euphoria has gone.” The president’s office and Uzbekistan’s ministry of foreign affairs did not respond to a request for comment. 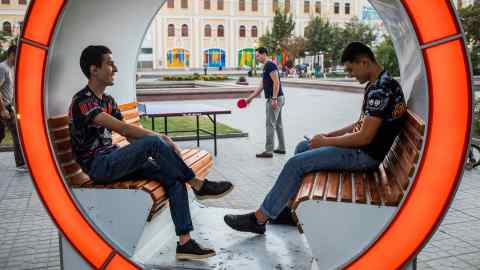 Uzbekistan has been at pains to highlight its goals and the progress it has made. In February, it published its first ESG (environmental, social and governance) report, declaring that the country is “changing massively”.

It highlighted its commitment to the UN’s sustainable development goals, including to “strengthen and guarantee human rights”.

International observers acknowledge progress in some areas. Women’s participation in parliament has increased. And the ILO has confirmed the end of systematic child and forced labour in the cotton industry, although it noted that some people have still been threatened with the loss of privileges or rights if they do not pick cotton.

But observers still highlight curbs on free speech. According to Marc Behrendt, director for Europe and Eurasia programmes at Freedom House in Washington, while media freedom is “demonstrably better” than under Karimov, it has fallen backward during the pandemic due to government sensitivity over criticism of its handling of the crisis.

His organisation scores Uzbekistan zero out of four for free and independent media.

Human Rights Watch says journalists can face harassment and detention, and that bloggers critical of the authorities can face particular problems.

Nafosat Olloshkurova, who writes under the name Shabnam Olloshkurova, organised demonstrations against corruption and unjust imprisonment. But, in 2019, she was arrested and sentenced to administrative detention, before being put into a psychiatric hospital, prompting calls from organisations such as Amnesty International for her release. She was released later that year.

Olloshkurova told the FT that she was tortured during her detention and in hospital she was “forced to take various pills and injections”, without being informed what they were. She left Uzbekistan last year and now lives in Ukraine but says she is “still in a difficult situation” because of her lack of rights in the country.

Blogger Miraziz Bazarov, who has been critical of the president, this year suffered a violent attack by unknown assailants after publicly defending LGBT+ rights. After release from hospital, Bazarov — whose case has been highlighted by Human Rights Watch — was placed under house arrest following a search of his apartment, according to his lawyer, Sergey Mayorov.

“There is no freedom of speech in Uzbekistan,” Mayorov told the FT.

Get alerts on Human rights when a new story is published 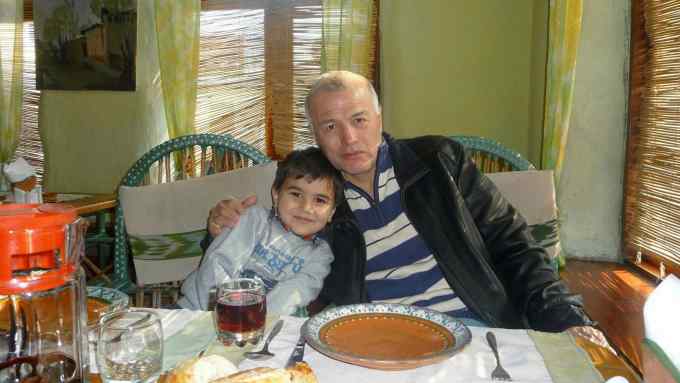