Muddled marketing of climate-friendly products threatens to undermine confidence in investing based on environmental, social and governance factors, according to big fund managers who say clearer regulatory standards are needed.

Until recently, rapidly rising prices for assets that scored well on ESG factors, such as green energy and tech companies that have a low carbon footprint, have made it easy for asset managers to promise clients that they could simultaneously save the world and get rich.

But the tech stock rout and big jumps in the valuations of fossil fuel stocks, driven by Russia’s invasion of Ukraine, have changed the dynamics. Investment that prioritises hitting the Paris Agreement’s goal of keeping global warming below 1.5 degrees Celsius is no longer a sure path to immediate outperformance, if it ever was.

Experienced asset managers say that puts the onus on their sector to be much clearer about what exactly their ESG funds are doing. While some are using environmental factors to help identify moneymaking opportunities, others actively avoid high carbon companies or invest proactively to prevent climate change.

“We have to be very honest with our clients about the impact on their returns in the short and medium term,” said Eugenia Unanyants-Jackson, head of ESG at PGIM, which manages $1.5tn. “It is totally plausible that over a 10- or 15-year time horizon, ESG funds will do as well or better [than standard funds] but you need a sufficiently long time horizon and a critical mass of investors doing the same thing.”

Within the sector, the three different approaches are known as ESG-influenced, exclusion and impact investing. And they can lead to quite different results over the one-, three- and five-year time periods that are often used to compare performance.

“It is really important as one develops products and markets them to make sure clients understand what the objective is and what you are going to do to achieve that objective,” says Carolyn Weinberg, global head of product for iShares and index investments at BlackRock. “Some clients will incorporate elements of ESG into their investment strategy . . . Separately there are customers who want to align their investments with their values.”

At bond fund giant Pimco, Andrew Balls, the chief investment officer for fixed income, runs both a standard global bond fund and one that is specifically described as ESG. Both funds consider environmental factors in their search for returns, known as alpha, but the ESG one also seeks to make a “positive environmental and social impact” by excluding some companies that do particularly poorly on ESG issues or are failing to improve.

“You should be modest about your claims here. If you constrain something it affects returns. If you have a way to generate alpha, you do it to all the funds,” Balls said. Indeed, Pimco’ GIS Global Bond ESG Fund is down 7.82 per cent year to date, slightly worse than Pimco’s straight GIS Global Bond fund, which is down 7.56 per cent.

Shifting demands on ESG have also pressured fund managers to be more explicit about the way they consider ESG shareholder resolutions. BlackRock, which has been a strong advocate of including climate risk in investment decisions, earlier this month warned that it would be voting against most shareholder resolutions on climate this year.

The world’s largest money manager, with close to $10tn, drew criticism from climate activists for saying that it would not support resolutions seeking to stop the financing of fossil fuel projects or force the decommissioning of high-carbon assets. “We do not consider them to be consistent with our clients’ long-term financial interests,” its stewardship team wrote.

Yet the announcement applies only to BlackRock’s general ETFs and mutual funds. The impact funds, which are empowered by their investors to prioritise climate goals, can and do vote separately, Weinberg said.

Some fund managers say ESG confusion is a particular problem in the US because American law specifically requires advisers to act in the financial best interest of their clients. They worry about customers who sign up for a fund that excludes certain investments but then are unhappy with the resulting performance.

“You have to ask the question, why did you exclude them? If your judgment was that the financial interests of the beneficiary would be compromised by owning them, then you’re good to go. But if you excluded them because they weren’t consistent with getting to carbon zero by 2050 or something like that, then you’re going to have a challenge if you get sued,” said Chris Donahue, chief executive of Federated Hermes, which has $631bn under management.

In Europe, the problem is more likely to be from the other direction, fund executives said, with clients expressing discontent that their asset managers are not doing enough to ensure the Paris goals are hit. Those concerns were amplified recently when HSBC’s global head of responsible investing, Stuart Kirk, argued at a Financial Times conference that the financial risks of climate change are overstated. He has since been suspended by the bank.

Donahue and several other fund executives welcomed the US Securities & Exchange Commission’s plans to wade into this area. The watchdog this week proposed rules requiring better disclosure of the way funds incorporate ESG into investing and how they vote at companies’ annual meetings. It also brought its first ever enforcement case against a fund manager for allegedly misstating and omitting information about ESG criteria for mutual funds it managed, fining BNY Mellon $1.5mn.

But some in the industry worry that the SEC will impose simplistic rules that fail to take into account the wide variety of ways investors want to incorporate climate investments into their portfolios. 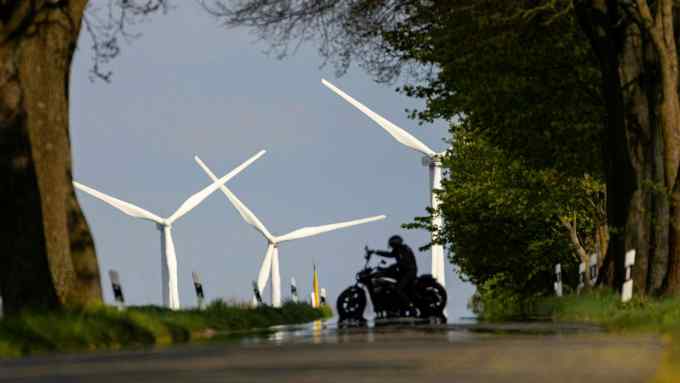