The Hublot brand was created by Carlo Crocco in 1980, making its mark by being the first to combine a gold watch with a rubber strap in the original expression of ‘fusion’ watchmaking. But by the early 2000s had descended into a lossmaking concern and would likely have sunk without trace had it not been for the intervention of watch marketing guru Jean-Claude Biver.

Biver subsequently took a 20 per cent stake in the ailing firm, assumed full control over its restructuring and, at the Swiss Baselworld trade show in 2005, pulled the wraps of the all-new Big Bang, a large and shamelessly brash watch that took the fusion theme to a whole new level.

It quickly scooped prizes, attracted scores of high-profile buyers and projected the maker into the horological stratosphere with the result that LVMH bought it out in 2008 for an undisclosed sum and the round-cased Big Bang — since produced in numerous iterations — remains Hublot’s signature model.

But although it launched a tonneau-shaped range called Spirit of Big Bang in 2014, Hublot has only now adapted its own Big Bang theory to a square-cased watch being unveiled at Watches and Wonders this week — the Square Bang Unico.

Measuring 42mm square and available in five models with cases made from a choice of titanium, black ceramic or the brand’s ‘King Gold’, the Square Bang uses the round Unico in-house chronograph movement that was developed from the ground up by Hublot and first used in the Big Bang in 2013.

Here, the 330-part mechanism is housed behind a transparent dial made largely from sapphire crystal in order to expose its key features, in particular the chronograph’s front-mounted column wheel

Square-cased watches are notoriously difficult to make watertight, but this one is guaranteed resistant down to 100 metres despite still featuring the exposed bezel screws that are a signature of its round ancestor, from which the protective ‘ears’ of the case are also carried over.

The strap of the watch, meanwhile, uses Hublot’s ‘one click’ system that will allow the standard rubber item to be quickly interchanged with alternatives made from alligator and (in future) ‘soft touch’ leather.

In keeping with a tradition of producing regular all-black Big Bangs in limited numbers, just 250 examples of the Square Bang Unico All Black will be made, each featuring a black ceramic case and bezel. They are priced at £21,700. 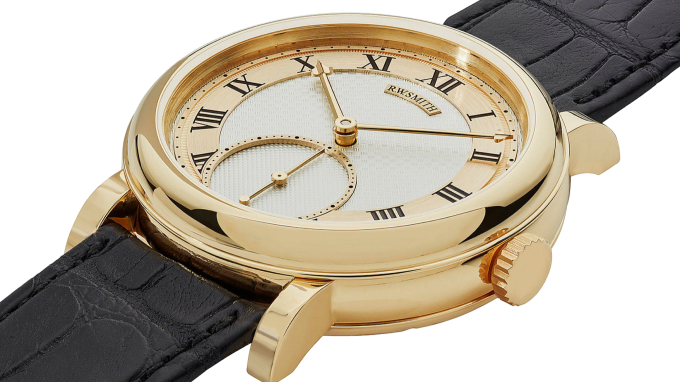