Yo-Yo Ma, Lily Allen and Trombone Shorty on why their fingers do the talking

We’ll send you a myFT Daily Digest email rounding up the latest HTSI news every morning.

The world-famous cellist “sees” via his sense of touch

The French-born American cellist Yo-Yo Ma, 66, has been performing in public for more than six decades – he began playing at the age of four – so asking him whether he takes care of his hands is probably an academic question. “I try to be careful when slamming car doors and closing automatic car windows,” says Ma. “I am not always successful.”

Ma learned vigilance as an artist early on. “In my 20s and 30s, I was lucky to meet people who taught me that a musician is also an athlete,” says the cellist, a winner of 19 Grammys, the Glenn Gould Prize, the National Medal of Arts and the Presidential Medal of Freedom, and a United Nations Messenger of Peace as well. “The importance of stretching your muscles before and after practising and performing is crucial to maintaining muscle resiliency and health.” This approach is vital to his art. “I always try to remember that, ultimately, the purpose of technique is to transcend it.”

His hands have naturally evolved after so many years of assiduous use. “The fingers of my left hand are actually a couple of millimetres longer than the ones on my right hand from years of digital pounding on the fingerboard, and they all have developed calluses that disappear when I don’t play for a week or so, and are painful to redevelop.”

Meanwhile, the fingers of his right hand, his bow hand, have been altered after so much squeezing of the index finger against the thumb: “Years of that action have made my index finger rotate a couple of degrees clockwise.” And it’s not the only thing he has to be aware of. “Climate is a factor. Extreme humidity, for example, changes the tactile feel of steel string on skin, making my fingers feel like they are aquaplaning on string and fingerboard, and wreaking havoc on intonation.”

Ma comes from a deeply musical family: his father was a violinist. However, he can’t say if they had the same fingers. “I knew my father from his analytical mind, but we probably had similar hands. He was also a writer and composer, and his penmanship was exquisite.” What the cellist is in no doubt of is that “fingers are like little brains. I use my hands – my sense of touch – to ‘see’… Finding and feeling the gradations of texture in a new tool, a new instrument, an article of clothing, any material, is one more way of knowing something.”

The singer-songwriter has been nailing it for years

Lily Allen has enjoyed an eclectic career since she burst onto the scene in the mid-2000s, recording four albums in various styles, acting and publishing a bestselling memoir. One constant, though, has been at the end of her fingertips: her nails. Whether decked out in an extravagant one-off design or more demurely manicured, they have served as an expression (and an enhancement) of the Londoner’s mood. “I just love nails,” she says. “It makes me feel good. When I first went back to the salon after lockdown, it made me feel like a new person. I guess some people like to go and get their hair blowdried, and some people like getting their nails done, and I’m a nails girl.”

Allen started getting her shellacs done as a schoolgirl 20 years ago, heading to New York Nails in Hackney to have cute designs like palm trees painted on. “I was big on colour coordination,” she recalls. “I used to pick a detail from the trainers I was wearing and go with that.” With the release of debut album Alright, Still in 2006, she could expand her ambitions. “I’ve been very lucky to have access to some of the best nail people in the world for a long time,” says Allen, who now lives in New York with her husband, actor David Harbour.

She recalls how the nail artist Naomi Yasuda once cut up an American dollar bill, embedded the pieces in acrylic then added gold embellishments. Another time, Yasuda painted an app icon on each fingertip: Twitter, Instagram, but also Contacts and Settings. Instagram has led to an explosion in sharing imagery, which Allen loves: “It’s got bigger and bigger… We never copy anyone else, but we’ll use other people’s work as a starting point.”

Allen still handwrites her lyrics: “I’ve got hundreds of Moleskine notebooks upstairs in my office, filled with nonsense.” Her nails have never impeded her in any part of her life. “You just use your hands in a different way,” she explains. People used to ask her, how do you change your kids’ nappies? “I’d joke back and say: ‘I don’t.’ ‘How do you do the washing-up?’ ‘I don’t.’” She laughs. “I’m being facetious, obviously. I do all of those things.” She stops herself. “Actually, there’s one. It’s hard to open the door of a Tesla.”

Troy Andrews, known to the world as Trombone Shorty, has never thought much about his hands, even though they are essential in his job as an award-winning trombonist and trumpeter. “It’s all natural to me,” shrugs the New Orleans native, 36. He barely notices when his fingers strain to reach the far end of a trombone – but that wasn’t always the case.

“When I was three or four, starting out, my arms weren’t long enough to hit the whole instrument,” he says. “So I would recreate the sound that I was hearing with my lip in order to catch what the person next to me was doing. But I didn’t know I was doing that: I was just trying to find the notes that the guy next to me in the street parade was playing! I had to sit down and use my foot sometimes.”

However Andrews managed it, he got the results: more than 30 years later he has played on dozens of albums, worked with Foo Fighters, Mark Ronson and Lenny Kravitz, and appeared in shows ranging from Treme to The Simpsons. An album out last month confirms his eclectic tastes: “We have some pop arrangements with dirty New Orleans street drumming on top, which is cool.” The music of Louisiana runs in his blood. “I think if I didn’t play, I would be an outcast in the family, because everybody plays.”

Andrews has noticed that his fingers have a will of their own. “I’ll do some things and be like: ‘Well, that was not what I was trying to do – it took off by itself.’ When I’m playing the trumpet, which requires three fingers, my pinky finger will start to do something else.” On the trombone, his hands slide away from their gripping position, but it doesn’t bother him. “It’s all instinctive emotions.”

Much of Andrews’ vocation rests on that rapport between his fingers and his lip: the lip has often relayed where the fingers won’t go. But one of the most extraordinary facets of his career is that he plays both trumpet and trombone. “My teachers told me it wouldn’t be possible, because there are two embouchure memories.” Fellow players who try to switch between the two instruments are often thrown – the lip can’t adapt. Andrews’, for whatever reason, can. “I don’t know why... I found a way to make it work. I think it’s more natural for me to play both than it is to stick to one.”

HTSIMakers and creators: guest edited by Jony Ive
Fashion designer Hiroki Nakamura on why he values all things vintage 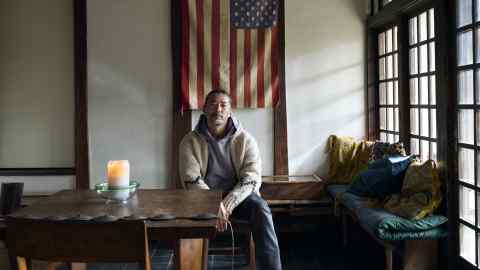 Get alerts on HTSI when a new story is published 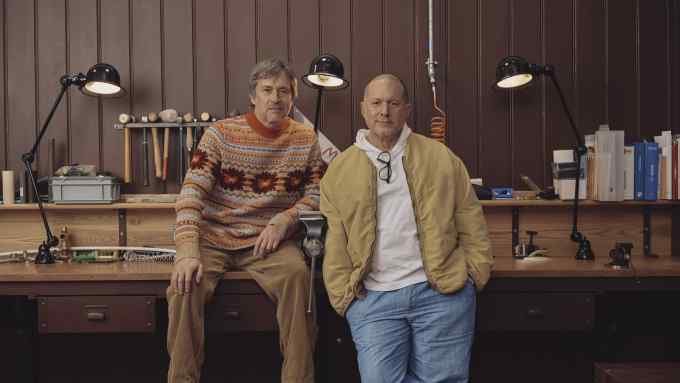