Electricity calculator: how much will your bills cost this winter?

UK households are facing an increase in their bills this month despite prime minister Liz Truss announcing a £150bn support plan to limit energy costs to £2,500 per annum for the typical household over the next two years.

Even with the cap in place, the price of electricity from October 1 has increased to 34p per kilowatt hour (kWh) and gas to 10p/kWh. While the rise is lower than initially feared, it still represents an increase of 62 per cent and 158 per cent, respectively, when compared with last winter’s prices.

The standing charge for electricity and gas — the fixed daily amount that you have to pay no matter how much energy you use — has also risen, going from 25p to 46p and 26p to 28p respectively.

Try our calculator to estimate the single-use cost of more than 20 different electrical appliances found in the home under the new price cap.

READ MOREFT Financial Literacy and Inclusion Campaign
Electricity calculator: how much will your bills cost this winter? 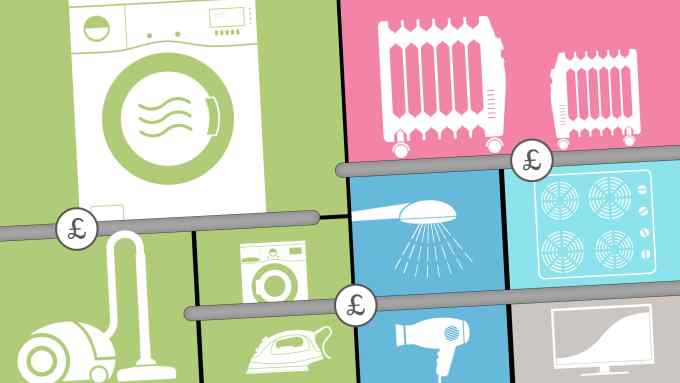