EU recovery fund: how the plan will work | Free to read

EU leaders have finally reached a deal on a €750bn plan to reconstruct the region’s pandemic-stricken economies, after four days of summit talks that tested the limits of the bloc’s ability to surmount internal political divisions.

The fruit of the marathon negotiations that began on Friday will be a recovery fund attached to the EU’s upcoming €1.074tn seven-year budget, which is known as the multiannual financial framework.

The final compromise is a scaled-down version of what Ursula von der Leyen, European Commission president, originally requested from leaders in May. The core grants component of the recovery effort was reduced to €390bn, considerably less than the €500bn recommended by the commission and pushed by Germany and France.

However, it is still a landmark agreement, against considerable odds, which will give Brussels the unprecedented power to borrow hundreds of billions on the markets and hand it out as budgetary support to member states.

Here is how the plan will work — and what needs to happen next to get it up and running.

How will the recovery fund operate?

The core proposal, dubbed Next Generation EU, involves the commission borrowing up to €750bn in the financial markets.

About €390bn of this sum will be distributed in the form of grants, with the remainder coming in the form of loans to facilitate the recovery in member states.

The core component of these grants — worth €312.5bn — has been dubbed the EU’s Recovery and Resilience Facility, and it is this that member states have been most focused on.

Member states will need to prepare national recovery plans pledging to reform their economies in order to unlock their allocated share of this funding, which will be distributed from 2021 to 2023.

The remaining €77.5bn of grants are used to top up normal EU budgetary programmes.

How is the money dished out?

The rules determining how the money is shared out between countries, and the oversight mechanisms to ensure capitals enact promised reforms, were among the most contentious topics at the summit, alongside the size of the recovery fund itself.

At the insistence of many governments, leaders amended Brussels’ draft plans to clearly link countries’ allocations of recovery money to the economic harm done by the pandemic, rather than relying on pre-crisis data on growth and unemployment.

Following a long battle between the Netherlands and Italy, they have also instituted a governance mechanism that will allow an individual member state to raise objections if it feels a capital is failing to fulfil its reform promises in return for the money it is receiving from the commission.

The system, a core demand of Dutch prime minister Mark Rutte, will allow any national government to temporarily block Brussels’ financial transfers to a country by demanding that EU leaders review whether commitments are really being honoured. But the review process is intended to have a three-month time limit and the EU commission formally retains the final say.

Leaders also fought over a new mechanism that would force member states to abide by basic EU democratic values and rule-of-law principles in order to keep the money flowing. Hungary’s illiberal prime minister Viktor Orban pushed back against these proposals, with the result that leaders partly passed the buck to the commission to design new budgetary safeguards, while agreeing that a weighted majority of governments can block payments to a country on rule-of-law grounds.

What is the relationship with the EU budget?

The entire package has been negotiated alongside the EU’s next seven-year budget, or MFF, which will be worth €1.074tn and runs until 2027. Among the most contentious elements of this were rebates secured by frugal states and Germany against their normal budget contributions.

This means leaders have settled countries’ national contributions to the EU budget for the coming years, while also endowing Brussels with new powers to borrow on the capital markets to fight the downturn.

While most of the borrowed money will go to the new recovery fund, the remainder will be channelled through the EU’s normal budgetary programmes, with cash borrowed by the commission topping up existing schemes including Horizon, the science research scheme, rural development and the green Just Transition Fund.

The grants element of this top-up spending has been heavily cut back from earlier commission proposals, however.

How is the money paid back?

The commission has been planning to establish a yield curve of debt issuance, with all liabilities to be repaid by the end of 2058.

This threatens to be a drain on future EU budgets, and few countries are in a rush to increase their contributions to the EU’s coffers. Brussels’ intention has been that member states will agree to hand it the proceeds of potential new environmental levies and digital taxes — collectively dubbed Own Resources — to help finance the debt.

But Tuesday’s deal offers only slivers of hope.

The most leaders would commit to was a new levy on plastic waste. For the rest, there was only a road map towards new Own Resources including requests for the commission to draw up draft plans for a “carbon border adjustment mechanism” and a digital levy.

As a result, debt servicing costs may well end up weighing on the EU’s normal MFF in future budget rounds.

Tuesday’s deal is not the end of the story.

In order to borrow the extra funding, the commission has requested an expansion of its so-called budget headroom, or the gap between actual spending and the maximum the EU can raise from member states. This will need to be pushed through national parliaments throughout the EU, in a process expected to last into next year.

On top of this, the European Parliament will play a key role when it comes to bringing the plans on to statute books. MEPs will have to ratify the EU budget — over which they have a binding say.

The assembly is determined to leverage that right into a say over the recovery fund, not least to ensure a clear link between EU money and respect for the rule of law. 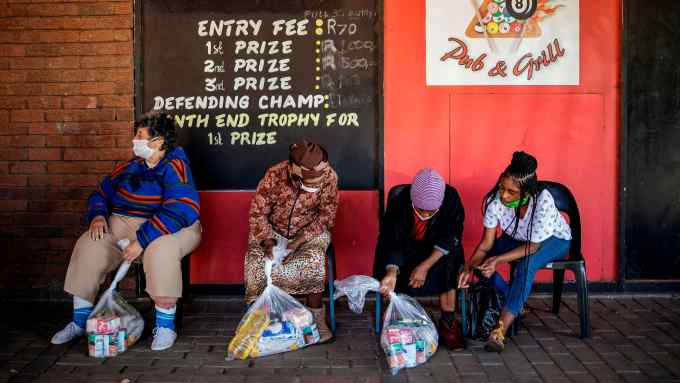