David Rowland, the man who rescued the Lloyd’s of London insurance market from collapse in the 1990s, has died aged 85.

Rowland became chairman of the insurance market in 1993 when rising claims from asbestos and environmental pollution in the US had brought Lloyd’s to its knees. Many of the “names” — the individuals who had put up money to back the insurance contracts with unlimited liability — were facing personal financial ruin.

Against that background, Rowland put in place a scheme called Reconstruction and Renewal, which hived off old claims into a new company called Equitas.

He also paved the way for a revolution in the way the market funded itself — transforming it from an elitist club to a professional exchange — as specialist insurance companies started to replace the names.

Bruce Carnegie-Brown, chairman of Lloyd’s, said in a note to the market that Rowland “played a critical role in safeguarding the future of the Lloyd’s market through perhaps its most difficult period”.

Rowland started his career in 1956 as an insurance broker with Stewart Wrightson, Willis Faber and later Sedgwick. In 1991 he was appointed to lead a task force into the growing problems facing Lloyd’s.

Those problems turned out to be far worse than anyone anticipated. As well as the rapidly increasing scale of claims coming out of the US, it became clear that the habit of passing risks several times between many of the Lloyd’s syndicates — known as the LMX Spiral — had left deep uncertainties about who was ultimately responsible for paying the bill.

The response of Lloyd’s governing body was to appoint Rowland as chairman. The role had previously been a largely ceremonial one, but Rowland was, in the words of Hiscox chief executive Bronek Masojada, an “executive chairman”.

What followed was a four-year effort to unravel, explain and ultimately solve the problems that Lloyd’s faced while at the same time dealing with litigation from names claiming negligence, and intense interest from politicians and regulators on both sides of the Atlantic. In his account of the crisis, On the brink, the author Andrew Duguid said: “It was a Rubik’s Cube, with little scope for trial and error.”

Failure would have meant the collapse of Lloyd’s, dragging with it London’s position as the centre of the global insurance industry. It could also have dragged down John Major’s government — several MPs were names and faced bankruptcy, which would have forced them to resign. At the time, the government was held up by a wafer-thin majority.

Rowland set about his task with a mixture of charm, humour and persuasiveness underpinned with a steely determination when required. “His skill as a communicator was second to none,” said Mr Masojada of Hiscox.

People who worked with Rowland said that he solved the problem not by imposing his own solutions but by bringing together those people who could come up with one. “He was a supreme politician,” said Mr Duguid. “He was very good at judging the weight of forces at work and finding a balance between them.”

Nevertheless, it took time to create a plan that was acceptable to all the interested parties — names, customers, insurance professionals, politicians and regulators on both sides of the Atlantic.

The first attempt failed. In the words of longtime colleague and friend Michael Wade: “Rowland kept his nerve. What he might have described as ‘pause and reflect’ being a complete understatement of true threats ahead.”

The second attempt — Reconstruction and Renewal — was revolutionary. First, it hived off all the old liabilities into the new vehicle Equitas, likened by some people to the “bad banks” established in the financial crisis a decade later. It was a move that needed government approval, and the consent of US regulators.

Second, it led to an increase in corporate capital coming into the market, so that it no longer had to rely on individual names. Before Rowland became chairman, there were more than 30,000 names who provided the lion’s share of Lloyd’s capital. Today, there are only a few thousand names left who supply 10 per cent of the market’s capital.

The new structure, say some people in the market, enabled Lloyd’s to survive the scale of the claims that came in after the 9/11 terrorist attacks in 2001.

By that stage, Rowland had left Lloyd’s. He retired from the market in 1997 and was knighted a year later. He went on to become chairman of NatWest before the British high street bank’s takeover by Royal Bank of Scotland in 2000 and also worked on the restoration of the 200-year-old Theatre Royal Bury St Edmunds.

Rowland suffered a stroke in 2017. He is survived by his wife Diana, son Mark and six grandchildren. 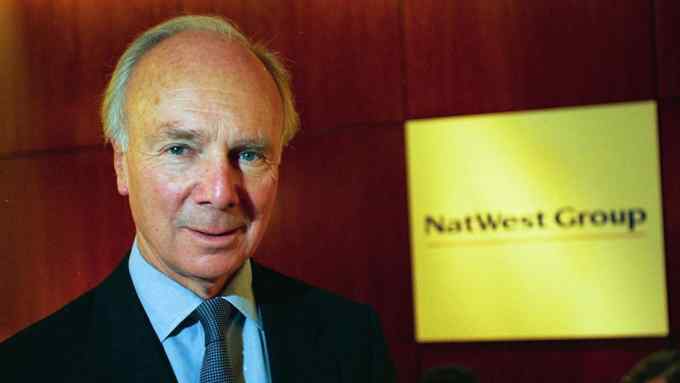