We’ll send you a myFT Daily Digest email rounding up the latest US politics & policy news every morning.

The US Department of Justice will reward businesses that recover pay from employees who break the law and will limit agreements that defer prosecution as part of a tougher regime against corporate misconduct.

Lisa Monaco, deputy attorney-general, on Thursday laid out policy reforms aimed at executing the sweeping changes she announced last year to crack down on corporate malfeasance.

Monaco said the guidelines made “clear that we won’t accept business as usual” and came as the number of corporate criminal prosecutions had dropped in the past decade. “We need to do more and move faster”.

The justice department will make a priority of “individual accountability”, Monaco said, adding: “Whether wrongdoers are on the trading floor or in the C-suite, we will hold those who break the law accountable, regardless of their position, status or seniority.”

When evaluating compliance schemes, prosecutors will take into account whether companies give employees financial rewards for compliance and threaten financial sanctions for criminal conduct. Monaco also asked the DoJ to craft rules by the end of the year that benefit companies clawing back pay in light of wrongdoing.

“No one should have a financial interest to look the other way or ignore red flags,” she said. “Corporate wrongdoers — rather than shareholders — should bear the consequences of misconduct.”

The DoJ will place more emphasis on historical misconduct during company investigations. Monaco highlighted that between 10 per cent and 20 per cent of significant criminal resolutions involve repeat offenders.

She said the department “will disfavour multiple, successive non-prosecution or deferred prosecution agreements with the same company”. These agreements often exclude criminal charges or postpone them for a set period of time to allow a business to prove that it can remedy the wrongdoing — typically in exchange for a financial penalty. 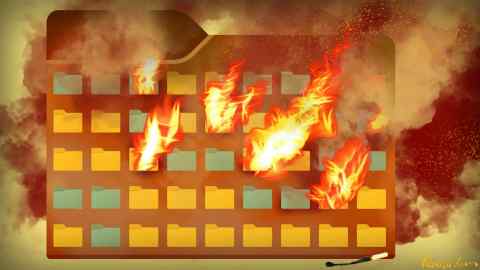 The guidelines will also seek to boost voluntary self-disclosure by companies, with the justice department initiating programmes encouraging such practice in every unit prosecuting corporate crime. “I expect that resolutions over the next few months will reaffirm how much better companies fare when they come forward and self-disclose,” Monaco said.

The department’s tougher measures will punish companies that intentionally delay document delivery during investigations by limiting or refusing credit for their co-operation.