Stefania Palma in Washington and William Langley in Hong Kong

Grayscale has launched a lawsuit against the US Securities and Exchange Commission after the regulator denied the group’s bid to convert the world’s largest crypto investment vehicle into a fund listed on Wall Street exchanges.

The SEC late on Wednesday rejected Grayscale’s latest application to become an exchange traded fund because the $40bn Bitcoin Trust failed to meet consumer protection requirements. These included measures “designed to prevent fraudulent and manipulative acts and practices”, it said.

Grayscale’s failure to secure regulatory consent is a blow to the crypto industry, which had been hoping its approval would ease the financial crisis sweeping the sector. Converting Grayscale into an ETF would make it easier and quicker for shareholders to redeem their holdings and stabilise the price of bitcoin.

Grayscale is one of the world’s largest purchasers of the digital token but the trust trades at a discount to its net asset value. The falling price of bitcoin makes it more costly for the trust’s shareholders if they want to buy more tokens.

Following the rejection, the price of bitcoin dropped 3.4 per cent to as low as $19,400, its lowest point since mid-June.

In a filing, the SEC argued that NYSE Arca — the marketplace that would have hosted the Grayscale ETF — did not have an agreement to monitor the price of bitcoin for manipulation with another regulated market that trades a “significant” amount of bitcoin.

After the ruling Grayscale filed a petition for review with the appeals court in the District of Columbia to challenge the SEC’s rejection. The company withdrew another attempt to convert to an ETF in 2017. The SEC declined to comment.

Michael Sonnenshein, Grayscale’s chief executive, said in a statement that he was “deeply disappointed” and “vehemently” disagreed with the SEC decision. He added that Grayscale would continue to “leverage the full resources of the firm to advocate for our investors and the equitable regulatory treatment of bitcoin investment vehicles”.

The rejection came as the SEC debates whether to allow US ETFs to hold bitcoin, rather than derivatives linked to the digital token, for the first time.

The regulator — which under chair Gary Gensler has heightened scrutiny of the crypto sector — had pushed back on cryptocurrency-related ETFs on concerns that the tokens trade on unregulated exchanges with surveillance and manipulation risks. Previous applications for similar instruments filed by several rivals were unsuccessful.

It has approved investments that hold crypto futures, because the derivative trades on a regulated market.

Bitcoin
What can the past tell us about Bitcoin’s future? 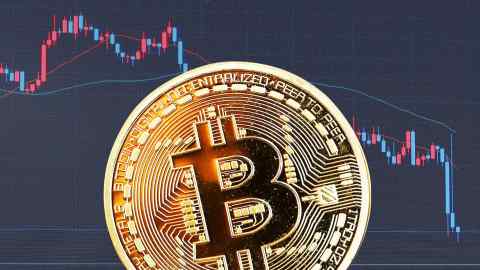 Donald Verrilli, Grayscale’s senior legal strategist, said in a statement that the SEC was “failing to apply consistent treatment to similar investment vehicles, and is therefore acting arbitrarily and capriciously”.

Grayscale originally filed an application to convert its Bitcoin Trust in October and made a renewed push this year after the SEC accepted the Teucrium futures crypto instrument under rules that would govern spot bitcoin ETFs.