Animals were our saviours during lockdown as millions of us welcomed new members into our homes. We look at the four-legged phenomenon, and revisit some of the most handsome creatures HTSI has ever seen

Since the springtime, new animals have been arriving in the homes of my family and friends at a steady rate. There’s Paddy, a golden cockapoo with giant paws and a matching appetite; Donny and Bruno, two delicate kitten brothers who, after several weeks of talking among themselves, are just about acknowledging their new relations. There’s Bob, another young cat, the son of a stray and a dirty stop-out, currently giving his mistress sleepless nights. And there’s Beau, a seven-year-old greyhound rescue, his racing days long over, who stops stock-still if he comes across a section of wire fencing as if waiting for a pistol start.

Millions of pets with funny names and curious characters are getting used to living in new homes. In 2020, there has been a huge increase in our desire to be in proximity to or in possession of something furry and preferably four-legged. In the UK alone, 5.7 million new pets were bought between March and September, including 2.2 million dogs, according to the insurance company Direct Line. In May, breeders in the UK were reporting a puppy shortage, waiting lists rose four-fold and prices more than doubled. Meanwhile, the RSPCA (Royal Society for the Prevention of Cruelty to Animals) has reported a 600 per cent increase in visits to its dog-fostering pages and a rise of 30 per cent in its “find a pet” section.

“Any glimpse into the life of an animal quickens our own and makes it so much the larger and better in every way,” observed the 19th-century Scottish-American naturalist John Muir. It seems as though many of us have been looking for that quickening, that enlargement and that bettering this year. In practical terms, it’s easy to see why. As we have increasingly worked from home, the biggest obstacle of pet ownership – what happens to Bertie or Barnaby while you’re at work – has been removed. The downsides – the vet’s bills; the kibble bills; your teenagers refusing to walk/feed/bathe the furry friend they once sobbed for; a new heart-clutching fear of foxes, roads and unlocked gates; the goddamn dog barking at the goddamn postman during your goddamn Zoom call – are problems that occur later on.

In his new memoir, A Promised Land, the former American president Barack Obama describes the greatest pleasure of 2009, his first year in the White House, as the arrival of Bo, a Portuguese water dog, given to him by the late senator Ted Kennedy and his wife, Vicki. “With Bo, I got what someone once described as the only reliable friend a politician can have in Washington,” he writes. “He also gave me an added excuse to put off my evening paperwork and join my family on meandering after‑dinner walks around the South Lawn. It was during those moments – with the light fading into streaks of purple and gold, Michelle smiling and squeezing my hand as Bo bounded in and out of the bushes with the girls giving chase – that I felt normal and whole and as lucky as any man has a right to expect.” No mention in this poetic reminiscence of what he did if he forgot the poo bags.

Dog ownership has long been shorthand for politicians to demonstrate their aptitude for such a noble, higher calling. President-elect Joe Biden will take office alongside his two German Shepherd dogs Champ and Major, with Major being the first rescue dog to take up residence in the White House. Dogs featured widely in Biden’s political campaign; one much shared video pointed out how Trump had been the first president not to have a dog in more than a century of leadership, and a caution to “choose your humans wisely”. But feelings of grounding, companionship and gratitude are not exclusive to global leaders. It is well known that pets can prove a great boost to human mental health. Animal-assisted therapy is said to be effective in the reduction of physical pain, anxiety, depression and fatigue, helping people in care, people undergoing treatments for illnesses such as cancer and even children having their teeth out.

Similarly, one study by the universities of York and Lincoln, published in September, found that sharing a home with a pet during the first lockdown appeared to act as a buffer against psychological stress. Although most had cats and dogs, some owners had small mammals and fish and the strength of their bond didn’t differ significantly. More than 90 per cent of the respondents said their pet had helped them cope emotionally with the lockdown, and 96 per cent said their pet had helped them keep fit and active.

But, of course, it’s not a one-way deal. In turn for everything they give us, domestic animals require our care, our time and our money. The People’s Dispensary for Sick Animals, a British veterinary charity founded in 1917, puts the cost of a dog between £4,500 and £13,000 across its lifetime. Increasing unemployment figures may have already left some owners unable to afford the outlay.

In July, the RSPCA reported that around 40 pets were being abandoned every day in the UK during the three months after the first lockdown began. And what will happen to all the new pets next year, when people return to their places of work? In August, an investment firm, LetterOne, published The Pet Factor, a journal examining the economic and health benefits of pet ownership. It reported that 22 per cent of those who have spent more time working from home than they did before lockdown are now worried about how their pets will cope. But if we don’t see new attitudes and policies towards pets in the workplace next year, it will be surprising – and a missed opportunity. At the very least, it’s going to be boom time for dog walkers.

For most new pet owners it will be a problem worth having. As I know myself, courtesy of my three-year-old cavapoo, Meghan Barkle, there’s not much better than being welcomed home from work by a waggy tail and a dog-breathy lick. (I’ve heard some say that purrs and leg rubs are just as rewarding.) And what is unlikely to change, now that they’ve discovered it, is the new love and unwavering loyalty they feel for their best animal friend.

READ MOREPet therapy – why animals have become our mental-health heroes
Strictly for the birds: how we can help them thrive in our gardens 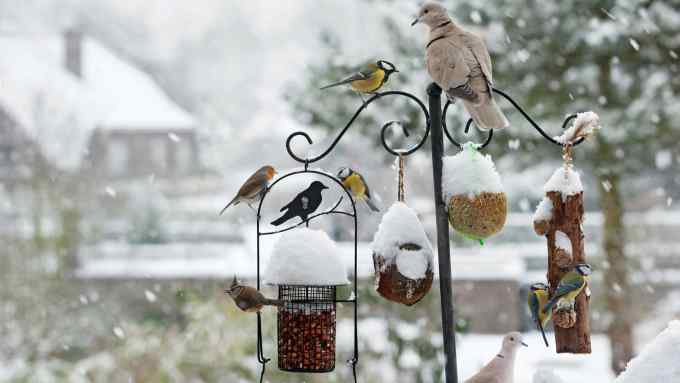