The Windrush generation could end up drawing “significantly lower” pensions in old age a result of the Home Office’s “hostile environment” policy to tackle illegal immigration, a former pensions minister has warned.

Sir Steve Webb told the Financial Times it was possible that Windrush families — who came from the Caribbean after the second world war and had the right to live in the UK — have lost out on state pension benefits.

The government has announced a compensation fund for Windrush immigrants who found themselves denied access to healthcare, benefits, lost their jobs or were denied re-entry back into the UK because they did not have formal paperwork proving their legal status.

Sir Steve, now director of policy with Royal London, the pension provider, said that if Windrush families had difficulty accessing or were pushed out of the benefit system this may have affected their state pension.

“If you are not in paid work and paying national insurance, you can still build credits towards the state pension if you are claiming some benefits, for example if you are ill, unemployed or looking after children,” said Sir Steve.

“But if you had difficulty accessing the benefit system then you may have missed out on those credits towards your state pension.”

Sir Steve says the biggest potential loss may result from those denied access to child benefit, which can be claimed by parents and carers of children under 12.

Drawing child benefit can help qualify for national insurance credits which count towards the state pension.

Currently, 35 years of national insurance contributions or credits are needed for a full state pension worth around £8,000 per year. Before 2010, this was 39 years.

“If Windrush people were not accessing child benefit they would have missed out on valuable credits towards the state pension,” said Sir Steve, urging those who believe they could be affected to check their state pension forecast online. 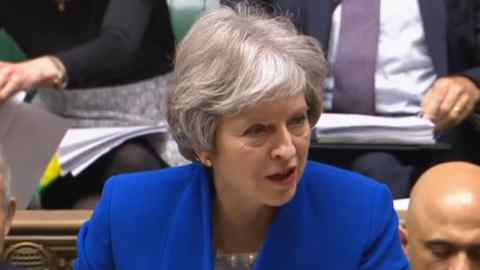 “There could be people out there with significantly lower pensions because of this. A helpline set up by the government specifically for Windrush people should be asking questions about pensions and benefits to establish if this is an issue.”

Sir Steve said it was also possible that those denied re-entry into the UK could be disadvantaged if they had returned to the Caribbean, where their state pension was not uprated.

Lawyers preparing compensation claims said the pension issue was on their radar.

“We will be exploring if these people have suffered pension losses due to being forced out of work, or denied entry back into the country,” said Jamie Beagent, partner with Leigh Day, a legal firm.

The Department for Work and Pensions said. “If an issue were identified we would look at each case on an individual basis to ensure that the right steps are taken to mitigate any impact to the person concerned.”

Prime minister Theresa May announced an inquiry into the Windrush scandal this week and the Home Office is already in the process of setting up an official redress scheme.

Details on the scope of the compensation fund and how people will be able to access it will be released in the coming weeks, the Home Office added.

Get alerts on State pension when a new story is published