All eyes on Draghi’s investment and reform plan

What will be the consequences for Italy, and for Europe, if the prime minister fails to deliver?

As a former central banker, Mario Draghi is acutely aware of the importance of calibrating expectations. When he was at the helm of the European Central Bank, hundreds of billions of euros in bond and currency markets would move on his word.

Now, more than six months after Draghi was thrust from retirement into becoming Italy’s prime minister, expectations for what he can achieve are high.

In February, he was called in by President Sergio Mattarella to form an emergency national unity government. As a result, Italy now has an experienced leader who has vowed to use more than €200bn of EU recovery money to transform the country’s stagnant and heavily indebted economy.

The Draghi plan, which will mix ambitious investment with sweeping reforms addressing Italy’s most intractable problems — such as its slow legal system and bloated bureaucracy — promises to reposition the eurozone’s third-biggest economy as no longer a sluggish underperformer but an engine for growth. 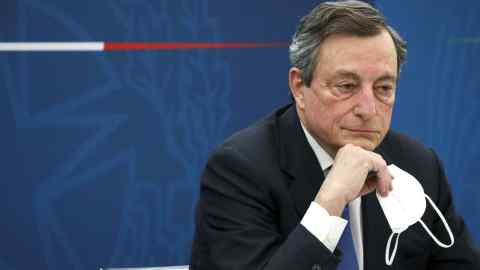 Already, in his short time in office, leading a coalition supported by all but one of Italy’s largest political parties, Draghi has successfully vaccinated a large majority of the country against Covid-19, won European approval for his multiyear spending and reform plan, and established Rome as an influential voice on the international stage.

When Angela Merkel steps down as German chancellor, Italy will be able to lay claim to having the most internationally respected leader in the EU. Italian officials speak of the calls Draghi has held with Russia’s President Vladimir Putin and China’s President Xi Jinping as chair of this year’s G20 summit, and the dinners he has had with President Emmanuel Macron of France that ran late into the evening — the relationship blossoming between the leaders after years of frostiness between Paris and Rome.

Yet there is also a sense of fear. The consequences of what Draghi is attempting to achieve extend beyond the borders of his own country. What will it mean for Italy, and for Europe, if Draghi fails? And, if the ultimate European technocrat cannot pull this off — especially with more than €200bn of EU recovery money, ultra-low interest rates and a suspension of any spending limits from Brussels — who can?

So far, Italy’s economic rebound from the shock of the pandemic has been robust. However, beyond an immediate bounce, the true test will be whether Draghi’s leadership can bring about something that no other Italian government in recent history has managed: growth. 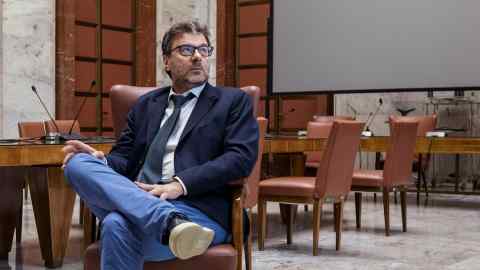 The economy has not grown in real terms since the turn of the millennium. While Spain rebounded from the European debt crisis, the Italian economy remains smaller than it was in 2011.

Following the pandemic, the Italian debt-to-GDP ratio has grown to more than 160 per cent — a number that will come down as the economy recovers but significant and sustained growth will be needed if it is to fall in a meaningful way.

In the context of the broader EU, the success of Italy’s use of recovery funds may also come to determine whether the bloc chooses to embark on ambitious joint spending initiatives. Should the Italian reforms fail, and the money is seen to be wasted, then convincing so-called “frugal” northern European sceptics may be impossible.

“Growth is strong as we are coming out of a big hole,” says Francesco Giavazzi, an economic adviser to the Draghi government. “But Italy has had essentially zero economic growth since the mid-1990s. The issue is: will we go back to zero growth, or will we move to a growth path that makes the debt sustainable?” 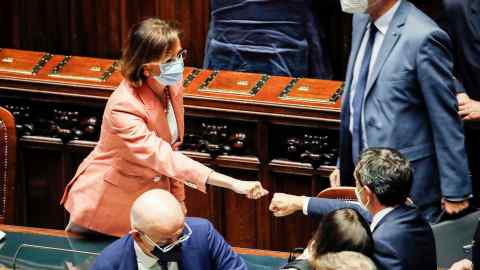 Giavazzi, who gained his PhD in economics from the Massachusetts Institute of Technology a few years after Draghi in the late 1970s, believes that the combination of spending and targeted reforms offers a unique opportunity to alter Italy’s economic trajectory.

“This plan provides a mixture of reforms and investment,” he point out. “In the past, we had no reforms as the country was unable to reform, and little investment as there was a budget constraint. Now, for once, we have the two things at the same time.”

While Draghi has continued to enjoy high approval ratings from voters — who will almost certainly never get a chance to vote for him, as he never plans to run for office — most economists agree that it is too early to say if the plan will work.

“The economic momentum in the short term is quite strong,” says Nicola Nobile of Oxford Economics. “Many international commentators have been saying this time is probably different, but I don’t know. We are in wait-and-see mode.”

While international investor sentiment appears more optimistic than at arguably any time since the financial crisis, there has not so far been any tangible surge of foreign capital into Italy. 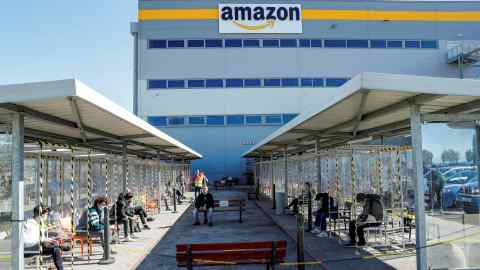 The Draghi plan, according to data, has yet to convince foreign investors to snap up Italian government debt — although, given the meagre interest rates on offer across all European government bonds, this may have little to do with perceptions of Draghi’s chances of success.

According to Bank of Italy data, the amount of Italian public debt held by foreign investors stands at around 30 per cent, down from around 35 per cent in 2015 and 40 per cent in 2010.

In the short term, the unknown is how long the Draghi government will last. Italy’s President Mattarella — the man who was instrumental in putting Draghi in office this year — steps down in 2022.

There has been much speculation in Rome about whether Draghi will then take the opportunity to step up to replace Mattarella as president, or whether he will instead decide to remain as prime minister until the end of the current parliament, a year later, in 2023.

A further uncertainty is for how long the unlikely political bedfellows that make up the current Draghi coalition — it includes Matteo Salvini’s populist rightwing League as well as the centre-left Democratic party among others — will stay on board.

Even if Draghi does not achieve everything he is aiming for, just completing some of the plan will make a significant difference

Should a resumption of hostilities break the coalition apart, then new elections could be called before the scheduled poll in 2023 and Draghi, who will not run for election, will be ejected from office prematurely.

At the least, many are hoping that even if Draghi does not achieve everything he is aiming for, just completing some of the plan will make a significant difference.

But even enacting small, lasting changes in a country that has resisted reform for decades represents a daunting task.

“Italy is a very old country, and one with many problems,” observes Nobile. “To me, it looks unlikely that any government can massively change the entire structure of the Italian economy in just one or two years.” 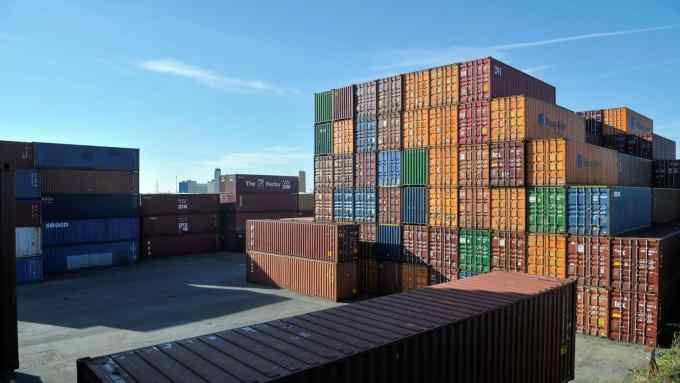