Working flexibly could save women money, but what about the cost to their careers?
Claer Barrett

We’ll send you a myFT Daily Digest email rounding up the latest Women in business news every morning.

For millions of people who have been working from home for much of the past two years, the call to return to the office could not have come at a costlier time.

Inflation is increasing at its fastest rate for 30 years, pushing up the cost of household bills and the weekly shop, as well as fares, running a car and even, as I recently found, servicing a bicycle.

But the cost of commuting is just the start. Buying coffee or a lunchtime sandwich will cost you more (in the UK, Pret A Manger has just increased the price of its coffee subscription by 25 per cent), not to mention a drink in the pub after work (Londoners may soon face paying £7 a pint, which is practically Scandinavian).

A friend who lives an hour’s commute from central London estimates that working from home has saved her around £10,000 a year. A big chunk of this is travel costs. But, frustratingly, a recent FT analysis found that new “flexi” season tickets — a response to the growth in hybrid working — could work out more expensive.

“Now, just as the cost of everything is shooting up, I’m being forced to spend it on travelling to work again,” she says.

Spending more time commuting also means parents need to factor in much more money for childcare, unless they can wrangle hybrid working arrangements.

Private nurseries generally provide care until early evening (for a price) but, once children start school, a mid-afternoon finish is common. Plenty of friends are struggling to find “wraparound care” to cover the gap.

There are no guarantees a child will get a place in after school clubs, which are oversubscribed, and expensive. Research by the UK’s opposition Labour party found the average cost per hour, of £12.52, was roughly equal to what the average woman in England earns per hour.

A neighbour recently retrained as an Ofsted-registered childminder to fill this gap. Her official status means eligible parents can use the government’s “tax-free childcare” scheme to help with costs. However, the admin nightmare of claiming means it is far from hassle free. Just ask any carer or parent if you don’t believe me (and be warned — their rant may last longer than your commute).

Those who hire a nanny will be doubly stung by April’s rise in National Insurance contributions. Not only does nanny’s pay come from your post-tax salary but, as nanny’s employer, you will pay a higher rate of employer’s NI.

There have been high-profile calls to tweak immigration rules to address the UK’s post-Brexit shortage of au pairs, yet this was dismissed as a “servant problem” by one Conservative peer.

We can only hope that employers’ attitudes towards parents’ working hours has moved further out of the Dark Ages.

So far, the corporate focus has been very much on what women should do.

It is true that studies show many women are eager to continue working from home. But this has led some high-profile women in the City of London, for instance, to sound the alarm, urging women to get back to the office, or risk ruining their careers.

Catherine Mann, an economist at the Bank of England, warned in November of a “two track” career path in which those who mostly work in the office see their careers advance more quickly than those who work mostly from home.

Amanda Blanc, chief executive of UK insurer Aviva, recently expressed her concern: “If what you see is that all the men come back to the office and the women don’t, then they could miss out on opportunities. I don’t want that to happen.”

They have a point. Alarmingly, the gender pay gap started to widen under lockdown, at a time when missing out on a future pay rise or promotion is the last thing women need.

Could flexible full-time work come with its own cost penalty if those who save on regularly commuting are subject to pay restraint?

I had hoped that wider acceptance of flexible working could unlock women’s careers from the part-time penalty of being paid, say, for four days’ work even if they routinely squeeze in five days’ worth of productivity.

Could flexible full-time work come with its own cost penalty? For example, if those who save on regularly commuting are subject to pay restraint, or asked to take a pay cut? Similarly, will office-based workers demand to be paid for the time and expense of travelling into work?

As more of us weigh up the financial equation of flexible working, my question is simple: why put all of the onus on women?

Wouldn’t it be marvellous if we heard high-profile bosses urging men to work flexibly? This way of working shouldn’t be a choice that mostly women are expected to make (or mostly parents for that matter) and wider uptake could avoid the “two track” problem.

Better still, senior leaders could set an example by working flexibly themselves. This would send a powerful signal to all subordinates that following suit will not necessarily harm their prospects for promotion and pay rises. 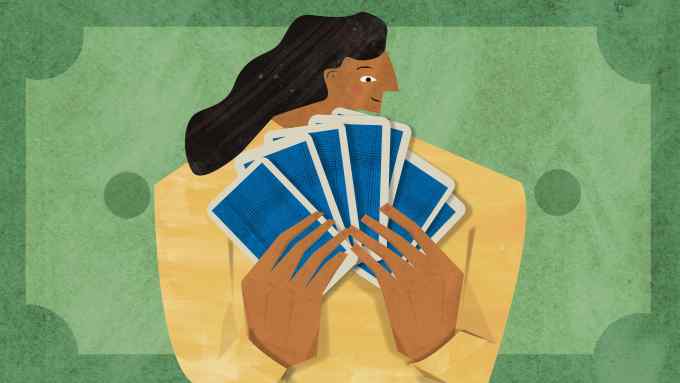