Revived in 2015 and changed from a rectangular-cased model to a rounded one, only 19 pieces of the time-only watch have ever been made

If you believe “less can be more” when it comes to high-end watches, the Series 1 from Isle of Man maker Roger W Smith should be on your radar.

Smith’s career began at 16 when he enrolled at the Manchester School of Watchmaking, from which he graduated in 1989 as the final year’s most outstanding student and landed the British Horological Institute’s coveted bronze medal.

But possibly the best takeaway from the three-year course was an introduction to George Daniels, often cited as the 20th century’s greatest watchmaker, who recruited Smith as his first and only apprentice with the task of helping him to complete the Millennium series of 54 wristwatches.

Smith subsequently set up on his own, launching his own dial name in 2001 with the original Series 1, a rectangular-cased time-only watch that was revived in 2015 as the round model pictured here.

The Series 1 offers an hours, minutes and seconds display that makes it the simplest piece in what is currently a five-model line-up — but its basic functionality belies the remarkable attention to detail that limits the maker’s entire production to no more than 10 watches per year.

Smith and his 11 employees strive to perpetuate “the Daniels Method” of painstaking creation, which requires each watch to be made in the classic English style, typical features of which include frosted movement plates, silver, engine-turned dials and jewels set in gold chatons rather than directly into the movement baseplate. The only parts of an RW Smith watch not produced in the Isle of Man workshop are the jewels, the balance and main springs, the crystals and the leather straps.

The Series 1 is powered by Smith’s improved version of the groundbreaking coaxial movement invented by Daniels, which incorporates 215 components and uses a balance wheel that oscillates at 18,000 vibrations per hour.

Key parts can be engraved with a choice of floral designs, the screws are hand-flamed to a uniform blue and cases — available in 38mm or 40mm diameters — can be had in yellow, white or red gold or platinum.

To date, only 19 Series 1s have been made with an average price of £182,500 — but the six-year waiting list for an RW Smith watch means pre-owned models command a premium: in December last year, a 2018 Series 1 sold for $730,800 at Phillips New York, setting a new record for a British-made wristwatch. 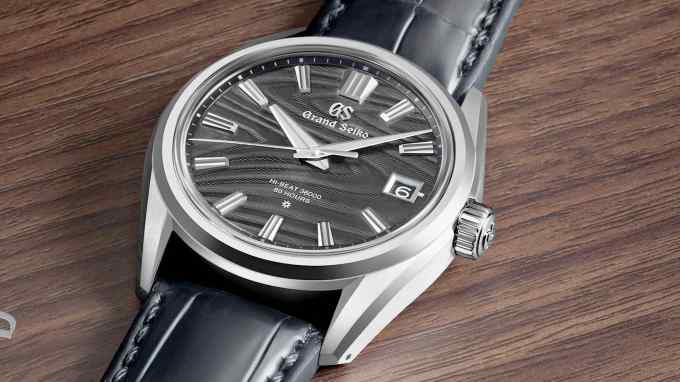