A manifesto for the vegan life

In Iceland, chef Solveig Eiríksdóttir – known as Solla – has long been the face of healthy eating. Until recently, she ran five restaurants, including the renowned vegetarian, raw- and vegan-friendly Gló in Reykjavik. She oversaw an organic market and food brand and regularly appeared on TV. A speaker at the Longevity Now Conference in Los Angeles, she has been called a “food fairy” whose “food is as delightful as the land she’s from” by actor Ben Stiller. When Gwyneth Paltrow visited Iceland, it was Solla she sought out for a selfie.

Now 61, Solla finds herself “at a crossroads”. Last year she sold all her businesses, got divorced (from her third husband) and bought a small house in Hafnarfjordur outside Reykjavik, where she intends to teach classes, shoot cookery videos and launch a small pop-up restaurant, serving vegetables grown in her own garden. According to her daughter Hildur, it’s part of her mother’s plan to embrace the slow life.

It’s a philosophy that sits at the heart of her new book, Vegan at Home, which aims to inspire readers to cook more plant-based food and, crucially, make their own pantry basics from scratch. Alongside instructions on how to make nut milks, cheeses, creams, yoghurts and butters, there are recipes for sauces such as goma dare (sesame seed sauce), red curry paste and ketchup, as well as ferments including tempeh, sauerkraut and kimchi.

Solla became vegan in the 1980s in a quest to combat severe allergies (to strawberries, dust, animal hair and pollen) that she suffered as a child. Within six months, her allergies had cleared up. But for all the benefits of her new regimen, she craved more flavour from her food.

“When you don’t eat milk products or meat,” she tells me, “you eat a lot of bread.” Vegetable pâté became a staple. Taking macrobiotics classes expanded her repertoire to include foods such as seed butters, seaweed and sushi rolls. “I was eating a lot of rice and beans with mild seasonings like tamari and umeboshi plums,” she says. “But I started to feel something was lacking. It was like going to your favourite restaurant. In the beginning, it’s exciting. After a year or two of the same menu, you get so bored.” She looked to Asian, Mexican and Mediterranean cuisines, inspired by their use of spices, garlic and chillies to inject flavour. It’s a global approach that continues to inform her cooking. Vegan at Home includes recipes for curries, laksas and tagines, alongside more western breakfast dishes, snacks and canapés.

Not everyone will want to make their own hemp milk or vegan mayonnaise, as outlined in her pages. Making your own basics requires commitment, and while the process isn’t hard, the yields can feel quite paltry. After six to eight hours of soaking and 10 minutes of rinsing, blending and straining, one cup of Brazil nuts produces three and a half cups of milk, which would last the average family perhaps one morning. Eating vegan can seem daunting enough at first, without the extra effort of culturing your own nut cream cheese. But if the goal is maximising flavour, her recipes certainly do that.

I tried her spaghetti in red lentil sauce with vegan parmesan, a childhood favourite that Solla’s mother made her using carrots from their backyard and which Hildur now rustles up for her children. It combines a richly textured, slightly herby sauce made from carrots, celeriac, red lentils, onion and crushed tomatoes, with a garlicky, baked cherry tomato topping. It has the depth of flavour and body you’d expect from a premium ragù. (I used regular parmesan instead of plant-based, which contains pine and Brazil nuts, vegan butter, yeast flakes, garlic, onion and agar agar powders.) 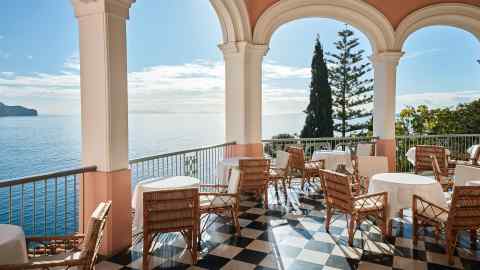 Similarly, the beet chilli, which pairs beetroot, red pepper and black-bean chilli with pickled red onion and jalapeño, avocado mash and cashew sour cream (I used regular sour cream), is packed with such diverse, punchy flavours that no meat-eater would feel short-changed. I also knocked up a winning crème brûlée-inspired coconut, ginger and makrut-lime custard, one of many featured desserts that include layered pandan cake with coffee frosting, raw tiramisu, and cashew cream and coconut milk cheesecake with hazelnut butter and raspberries. As Solla notes in her introduction: “I want to show how full of flavour vegan food can be.” By borrowing from numerous cuisines and chasing what tastes sensational not just what’s considered healthy – piling on spice, garlic and chillies in a manner I love – she does precisely that.

Vegan at Home: Recipes for a Modern Plant-Based Lifestyle by Solla Eiríksdóttir is published by Phaidon at £24.95