Stock exchanges in the US and continental Europe have called a halt to trading in a number of Russia exchange traded funds that had continued to operate this week in an increasingly wild fashion following the closure of the Moscow bourse on Monday.

The decision by multiple exchanges to impose a halt is highly unusual. ETFs have been able to continue operating in the past when problems arose in other equity markets including Greece, China and Egypt which led to sometimes lengthy suspensions in the trading of the underlying stocks.

“This is the first time that I have seen a stock exchange suspend the trading of an ETF. Investors now have no way to exit and will effectively have to wait until the trading is reinstated,” said Manooj Mistry, chief operating officer at HANetf, a London-based asset manager.

The pricing of Russia-focused ETFs listed in the US and Europe became highly erratic this week because most of the underlying securities are not trading because of sanctions and the closure of the Moscow stock exchange. Russian companies that have cross-listings on international markets have seen their share price plummet in value to almost zero.

BlackRock said that it “strongly supported” the decision made by the various exchanges. BlackRock’s iShares MSCI Russia ETF (ERUS), which is listed on NYSE, has seen its assets under management drop from $516mn at the end of January to $1.6mn at the close on March 3. BlackRock suspended creation orders for ERUS on March 1 so that no new cash could enter the ETF but that move was followed by further extreme pricing dislocations. ERUS saw its net asset value plummet by nearly 88 per cent on March 3 alone while the price of the ETF finished the trading session at a 7,039 per cent premium to its NAV.

The Franklin FTSE Russia ETF (FLRU) has seen the value of its assets drop from $22mn at the end of January to under $0.4mn on March 3. It has also suffered massive price dislocations with a drop of 73.6 per cent in its net asset value on March 3, resulting in the price of the ETF closing at a premium of 1,868 per cent to its NAV.

“Trading in all Russian-focused ETFs [this week] has been based purely on speculation and not well connected to the net asset value of the constituent securities of these funds, elevating the risks facing investors,” said Todd Rosenbluth, head of ETF and mutual fund research at CFRA Research.

Direxion had already announced that its two times levered Russia ETF would close on March 11 and then be liquidated on March 18 with any remaining money to be returned to investors.

However, the VanEck Vectors Russia ETF (RSX), and the VanEck Russia Small-Cap ETF (RSXJ), which are both listed on the BZX equity exchange operated by CBOE Global Markets, continued to trade during the week ending March 4.

“Cboe is monitoring the developments with respect to these securities and is in communication with regulators and issuers,” said a spokesperson for the exchange.

Deborah Fuhr, founder of ETFGI, a consultancy group, said the NYSE’s decision to order trading halts on Russia ETFs would create pressure on other stock markets to impose similar restrictions.

Trading in London and Dublin was suspended on March 3 for Invesco’s Russia ETF, known as RDX, and also for the FinEx Tradable Russian Corporate Bonds Ucits ETF (FXRU). The decision to suspend was made by the fund managers in both cases and not by the exchanges.

After the close of trading on Friday, the London Stock Exchange announced that it had suspended trading in the Russia ETFs managed by BlackRock, HSBC, DWS, Lyxor and ITI funds.

CBOE also announced after the US close on Friday that it had halted trading in the two Van Eck Russia ETFs known as RSX and RSXJ.

Seventeen Russian ETFs listed in Moscow have also been unable to trade this week because of the closure of the exchange following Russia’s invasion of Ukraine. 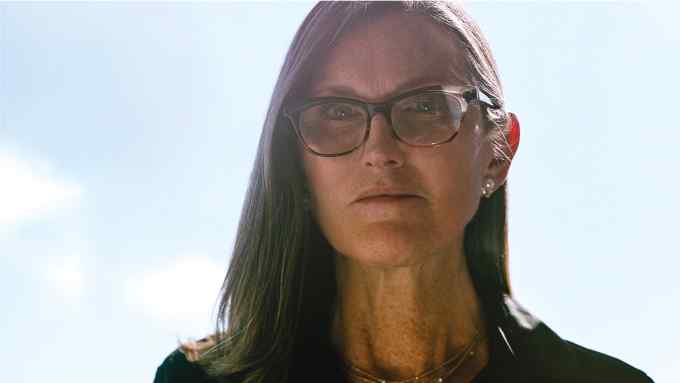