Family-owned companies are often seen as risk averse, traditional and stagnant. Their view is that they are more opaque than publicly quoted companies, and that second and third generations fritter away inherited wealth. It is assumed that they rarely speak to the press and, when they do, it is generally to air family squabbles.

However these stereotypes are misleading. Family-owned companies are as diverse as the people that found and run them — and many have been successful in creating value for themselves, their employees and the wider community.

Like listed companies, family businesses now face a tough environment with inflation and interest rates rising. But research suggests many will pull through in good shape thanks to their resilience; their emphasis on the long term; and their ability to pivot quickly in a crisis.

A KPMG study of 3,000 companies in 2021 found that family businesses laid off fewer people globally during the pandemic (8.6 per cent) than other companies (10.2 per cent). Researchers also found almost 60 per cent of family-owned companies had reduced their expenses; 30 per cent had renegotiated their vendor contracts; and more than a quarter had taken on debt to finance operations such as retooling manufacturing facilities, developing new products or implementing new technology. As for the long term, a study in the Harvard Business Review found that family businesses do better than listed companies not only in hard times, but also over long business cycles. 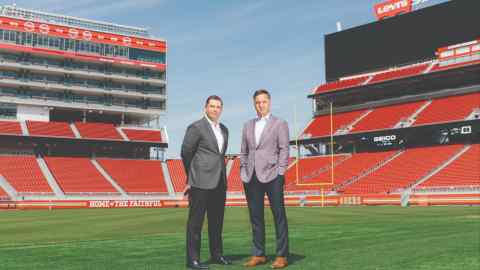 My own conversations with senior figures at leading family-controlled businesses reveal deep reasons for their enduring success over generations. Three aspects in particular distinguish them from the also-rans.

The first is a strong governance structure that safeguards family interests and balances them with the needs of their companies. It aligns the interests of shareholders and professional management, and gives executives a vital sense of stability.

The second is the long-term commitment of the family to support their businesses through tough times, including the will to innovate and adapt and push through radical restructuring when necessary. While researching my report, How Family Capital Wins, I spoke to Robert Maersk Uggla, chief executive of AP Møller Holding, which owns the world’s largest shipping company. He told me: “The life expectancy of a corporation is much shorter than a human being, so you have to reinvent it every 30 years or so.” 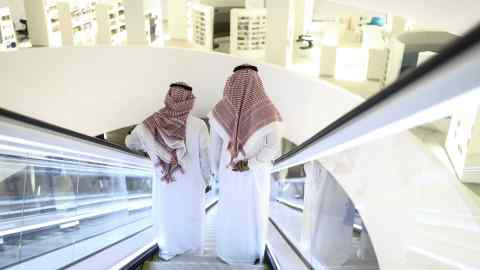 This ability to evolve has allowed the publicly traded family business, founded by AP Møller and his father Captain Peter Maersk Møller in 1904 in Denmark, to restructure over the past decade, shedding most of its hydrocarbon-related investments in favour of wind energy and hydrogen. It is an example of a good family business plan where members think in terms of generations rather than quarters, or megacycles rather than passing fads.

But it is the third trait of successful family-run companies — a strong corporate ethos — that seems particularly relevant today. They often express distinctive values that reflect the founders’ legacies; shape corporate culture; inform business decisions; and help attract and retain talent. Only a few quoted companies such as Unilever, a British multinational consumer goods company, have managed to create such enduring values, because most feel the need to chase the zeitgeist, which can lead to continuous, and sometimes disastrous, rebranding. In today’s world, the absence of strong corporate values hurts the bottom line and the ability to hire good people. For many of us, the pandemic raised deep questions about how and why we work, and for whom.

In this uncertain environment, family businesses stand out in competing for talent. Søren Thorup Sørensen — who is chief executive of Kirkbi, a family-owned holding and investment company that controls the Lego brand — told me: “We cannot attract the people who want to work like they do in the private equity world to make their lifetime wealth in five years. Those people do not come and work for us, but we have relatively attractive terms. We have great values [and] we have a lot of fun.”

Many family-owned groups — though not all — view themselves as custodians of a family reputation. For them, there is a natural preoccupation with being good corporate citizens. In France, I spoke to Jérôme Mulliez, a member of the family board of the Association Familiale Mulliez, founded in 1955, who explained that companies in their group, including retailers Auchan, Decathlon and Leroy Merlin, set aside equity for employees. Robert Bosch, the German engineering and auto-parts group founded in 1886, published its first environmental protection guidelines as long ago as 1973. The Lego Foundation, which owns 25 per cent of the Lego Group, distributes $300mn-$400mn a year to child development and education.

Clearly, not all family businesses prosper in uncertain times. As debt and other costs rise, some will collapse, as will some listed companies. But those that are successful offer lessons for all companies seeking to create value. They focus on the long-term; they balance financial and non-financial goals; they innovate and change; and they are good at looking after their people and the wider environment. These are not bad recipes for success, whatever kind of company you are.

David Kamenetzky is a food and tech investor and a former chairman of JAB Investors. He is the author of “How Family Capital Wins’’