With a combined five Michelin stars for her restaurants in London and Paris, what remains for the superchef to conquer?

For French chef Hélène Darroze, 2021 started with a bang. Well, two bangs, actually. In January, her Paris flagship, Marsan, was awarded its second Michelin star. A week later, her restaurant at The Connaught in London picked up its third. “[Getting] the third star was the most emotional moment of my professional life,” Darroze says. “I couldn’t speak. I was shaking. It was a big happiness. But it was frustrating because I wasn’t with my team. I was in Paris. And it was difficult to have the star and not be able to cook.”

Following lockdowns on both sides of the Channel, Hélène Darroze at The Connaught only reopened this May. Her second Paris venue, Jòia, reopened in June. Marsan remained shut until September, in part because – this year of all years – Darroze had agreed to launch another restaurant at Villa La Coste in Provence.

But what a restaurant. And what a place to open it. Set in the heart of the Château La Coste vineyard and looking out on a spectacular landscape of green slopes and distant mountains, Villa La Coste is both a luxury hotel and open-air museum. The 600-acre grounds are dotted with bold sculptures by leading artists such as Richard Serra, Sean Scully, Louise Bourgeois and Jenny Holzer, as well as pavilions by world-class architects including Frank Gehry, Tadao Ando and Jean Nouvel. Walking the grounds is exhilarating.

Villa La Coste belongs to Paddy McKillen (co-owner of the Maybourne Hotel Group which includes the Connaught), who has a very good working relationship with Darroze. She first brought her team here for a pop-up in 2019, when the Connaught restaurant was being refurbished, and the residency proved so popular that McKillen suggested Darroze take over the restaurant – housed in a glass box suspended over a mirror basin – on a longer-term basis. Then came the extra stars – and with them raised expectations. Darroze began to question whether this was the right time to undertake the project after all. “When you get a second and third star, and are closed for a few months, you have to reopen everything and be organised. If it were not for Paddy,” she says, “I’m not sure I would have done it.”

And yet the project remained hugely appealing. For Darroze, who runs a large team of “people who want to grow with me”, she says, Villa La Coste presented a fresh opportunity for her staff to develop. It also tapped into a longstanding ambition of hers. Having worked for Alain Ducasse at the Louis XV in Monaco at the start of her career, “I always had the idea to come back to Mediterranean cuisine one day”. At Villa La Coste, she can put her stamp on Provençal cooking (what she calls “the cuisine of women”), with a particular focus on vegetables. “For me, Provence is vegetables,” she says. “And sun.”

Fruit and vegetables get top billing on her eight-course “Walk Into The Gardens of Provence” menu. Each course is headlined “Melon”, “Cucumber”, “Courgettes”, “Aubergines”, and so on, with meat or fish trailed as a garnish. During my visit in September, I wondered if this was merely a trick of labelling, as each course came with a fairly sizeable portion of protein. Were the meat and fish garnishes in name only? The “Melon” dish, for instance, comprised shaved ribbons of Piel di Sapo (Santa Claus) melon on plump oyster meat with an ample serving of Baeri caviar in a silky ponzu dashi. However, the oceanic flavours of the seafood and the fleeting snag of a few garlic flowers served mostly to draw out the perfumed sweetness of the melon. You’d think the fruit would be eclipsed. Instead, its melon-ness took centre stage and came through as brightly and exquisitely as a soprano’s voice.

HTSI
Attack of the snack apps 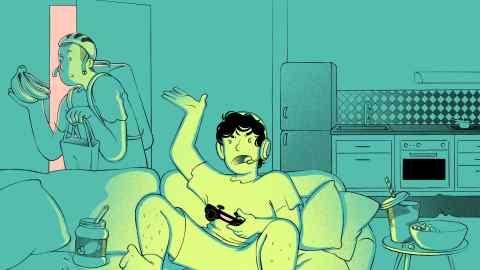 Elsewhere the balancing act was just as adept. On a plate that contained grilled red mullet and lemon verbena aioli – both insistent flavours – it was the courgettes (a ratatouille-stuffed flower and a crunchy seared pâtisson) that really held my attention. Paired with a thick puck of roasted lamb saddle, the confit, barbecued and lavender-honey-glazed aubergine somehow managed to dominate. “I never had such beautiful comments on my food,” Darroze says of the remarks she has already received from locals on TripAdvisor.

But the menu is just the beginning. Darroze wants to develop the potager (kitchen gardens) on the estate so that more produce is grown on-site. She also hopes to bring more visual flair to the plate, as befits a restaurant at a world-class destination for art. “I want to create a dish with vegetables and herbs that looks like a painting,” she says. “I can see it a little already.” And what about securing another star? “Oh là là,” she demurs. “I don’t know about that.” But it would be nice? “For the team, yes. I think so.”