European policymakers are renewing their push for real-time databases of stock and bond trading information, in a bid to rejuvenate the region’s capital markets.

Brussels sees the projects as key to deepening and unifying the EU’s fragmented financial markets — making them more attractive, and safer, for international and retail investors.

Europe is currently a patchwork of more than 470 exchanges and trading venues, which gives investors plenty of choice but little ability to keep track of trading activity and make comparisons.

To overcome this problem, the EU aims to establish live databases — known as a ‘consolidated tape’ — that bundle together basic trading information from the bloc’s competing venues.

Previous efforts to create a pan-European capital market, comparable with the US, repeatedly foundered when they came up against national and commercial interests. 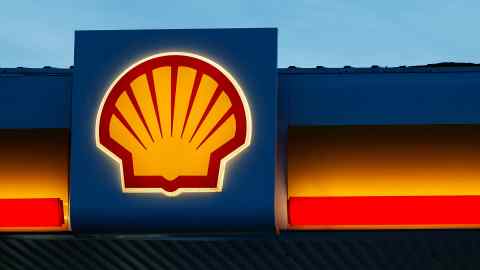 However, in recent weeks, France — while it holds the presidency of the European Council — has been trying to find a consensus between countries that could speed up Europe’s markets reforms, known as the Mifir legislation.

For some, that cannot come too soon. Authorities have estimated the total cost to investors of not having an accurate view of equity prices across the continent is €10.6bn. Efama, a trade group representing some of Europe’s largest fund managers, including M&G, Allianz and Fidelity, has warned that global investors will go elsewhere rather than trade in Europe.

“We are encouraged by recent momentum around the European Commission’s proposal for the reform of Mifir which represents a meaningful step forward in bringing a consolidated tape to Europe’s capital markets,” says Stephen Fisher, managing director of global public policy at fund manager BlackRock.

“We believe that a consolidated tape for equities, bonds and exchange traded funds, constructed in the right way, would increase transparency, protect investors, and improve the competitiveness of European markets for the benefit of Europe’s end-investors.”

With the EU already stung by the loss of the City of London following Brexit, the European Commission — the bloc’s executive body — has made establishing a consolidated tape a central feature of its market reforms.

The tape would record vital data, such as size and price of a deal. It would have separate components for stocks, bonds and ETFs, tailored according to each market’s characteristics.

The Commission wants a near real-time tape for the stock market, but is likely to accept a slower system for fixed income securities, where trades are fewer and often negotiated privately.

Operations would be run by private technology companies overseen by the European Securities and Markets Authority, the pan-European regulator.

These means of recording trading data have been a common feature of US capital markets for decades. But EU capital markets, when measured relative to gross domestic product, are half as big as the UK’s, which are little more than half the size of those in the US, according to London think-tank New Financial.

And, although European live databases were mandated in the EU’s 2018 Mifid rules, private companies have made scant progress in turning them into a reality.

Consolidated tape projects were blocked as private companies proved unwilling to share data cheaply, or the data provision was too slow, or not standardised.

Potential tape operators therefore concluded that it was impossible for them to make a profit, and abandoned their plans. But, undeterred by past experience, Brussels wants projects at least under way by the time of the next European parliament election — the first since Brexit — in 2024.

The need for a consolidated tape is arguably even more pressing in the fixed income market, because of its opaque private deals.

In April, research by investment management software group Finbourne Technology for the Association for Financial Markets in Europe (AFME), a bank lobby group, suggested this issue could partly be addressed if trades were published on a near real-time tape.

With the majority of daily corporate bond deals smaller than €500,000, the AFME research found that almost instant reporting would markedly improve fixed income market transparency. A tape would lift the proportion of transactions currently being reported real-time from 8 per cent to almost 70 per cent.

There would need to be deferrals on reporting larger and more illiquid deals, AFME said, as current Mifir proposals would effectively disclose a bank’s private activity to the market. It “would force [banks and brokers] to disclose their books to the market before they have unwound or hedged their positions,” pointed out Adam Farkas, AFME chief executive.

AFME argues that its demand for a deferral for some types of fixed income trades is not particularly onerous. Already, the Mifir proposals allow lengthy deferrals for sovereign bond trades. 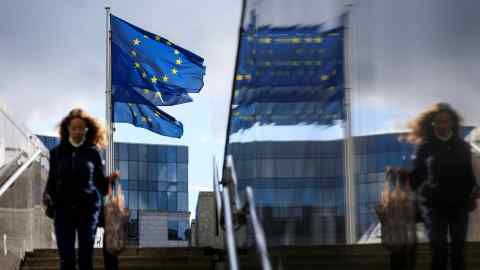 Some progress is being made. The Dutch Authority for the Financial Markets has agreed high-level technical principles for a corporate bond consolidated tape with many of the industry’s biggest actors. These include Bloomberg, Flow Traders, Tradeweb and Efama.

Agreement regarding a tape for equities may present a bigger problem, though.

The Commission wants all trading venues operating in Europe to supply standardised information on deals to a tape, including those in private marketplaces run by banks and market makers.

But any revenues that a tape accrues would only be shared between regulated exchanges. None would go to the other marketplaces mandated to supply their data.

Efama says that is tantamount to a subsidy to exchanges: “The raison d’être of the tape is to support capital market functioning in the EU and thereby improve issuer and investor outcomes,” it notes. “It should not be designed to subsidise the operating models of intermediaries like the main stock exchanges.”

The cost to build and run a consolidated tape is also disputed. Adamantia, a Paris-based business management consultancy, has put the cost to build an equity tape at €17mn, with annual running costs of €16mn That is far higher than the EU’s projections of €2.4mn to build and €5.5mn a year to run. This could may make it an unaffordable project for small companies to take on.

Efama says regulators should cap the price for a tape to “a reasonable commercial basis” to encourage users. But, if no commercial company emerges, it is expected that Esma, the pan-European regulator, will run the tapes.

That leaves a question mark over when a consolidated tape might emerge. Brussels has a crowded legislative agenda and updated markets rules must compete for space with other financial services legislation governing insurance and sustainability.

Nevertheless, few lobbyists in Brussels doubt that a consolidated tape will arrive. The political will from the EU to introduce them is too strong, they say. Even so, every detail in their construction will be hard fought in front of regulators. Whatever the EU agrees, it is likely to disappoint some part of the market.

Get alerts on Eurozone economy when a new story is published 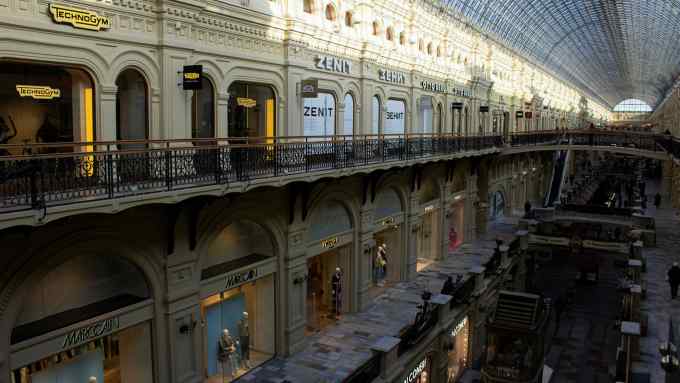