5 adventures that start on the water…

Jaguar spotting on the Peruvian Amazon, heli-skiing in Greenland, extreme fly fishing in Patagonia, or just chilling off Paxos: wherever you do it, do it from a boat

All about the Amazon

Its swank expedition-class yacht, Aqua Blu, may have got most of the press of late down in eastern Indonesia, but Aqua Expeditions made its reputation with bar-setting luxury river cruises on the Peruvian Amazon. This summer, founder and CEO Francesco Galli Zugaro and his team have returned to Aqua’s roots with the launch of Aqua Nera, a 20-suite river cruiser custom-built in Ho Chi Minh City and transported to Belém, in Brazil, whence she navigated 1,500 miles up the Amazon to Iquitos. A series of three-, four- and seven-night journeys are already underway; they’re making deep incursions into native rainforest on state-of-the-art tenders (exceptional access to wilderness having always been one of Aqua Expeditions’ USPs), where they’ve been birding and spotting all manner of animals: sloths, howler monkeys, pink dolphins, anaconda – and, as the water seasonally recedes and the riverbanks widen, no small number of jaguar (“It’s like Jurassic Park meets the Garden of Eden” was the caption on the video Galli Zugaro sent me this week, showing one of the huge cats having a lazy swim in a black-water tributary just a few metres from the foredeck).

Peruvian chef Pedro Miguel Schiaffino, who has long offered a unique Amazon-to-table food experience on sister boat Aria Amazon, has spearheaded a conservation project aimed at controlling illegal fishing of paiche, native to the Amazon and one of the largest freshwater fish in the world. To date, almost three dozen local fishermen who were previously working illegally have been organised and officially registered as Paiche Conservationists. All this on top of those large, sleek, photo-ready suites, several indoor and outdoor lounges, bars and cinema, a small gym, and 40 crew to look after 40 guests. aquaexpeditions.com, from $4,125 per person for a 3-night cruise

The northwest coast of Iceland is a Nirvana for the serious adventure seeker. It happens to be where EYOS Expeditions’ MV Nansen Explorer is at this very moment, showing guests a high-adrenaline good time atop towering glaciers, deep in the reaches of still rock canyons, and rafting down serious rapids. If a Reykjavík-to-Reykjavík itinerary loaded with such thrills ticks your boxes, look to book next late summer.

In the meantime, this new partnership between Nansen Polar Expeditions and EYOS will, from December onwards, see the 72m, ICE 1A+ ship – which recently underwent a refit calibrated to impress even the most discerning of clients – repositioning to Antarctica (in December, when there’s a solar eclipse on the 4th), then Greenland (from April to June 2022). The best part: in between private charters, MV Nansen Explorer is available for single-cabin bookings – just in time to accommodate the skyrocketing interest in these sub-polar and polar northern reaches. eyos-expeditions.com, Antarctica cabin charter from €30,000 per person sharing for a 10-day, all-inclusive itinerary

To the ends of history in Turkey

Jeremy Seal – the award-winning writer, journalist, broadcaster and sometime private guide – has 30 years’ experience mining the beauty and history of Turkey. Next May, he’ll join Christopher Wilmot-Sitwell, who runs UK-based private travel fixers Cazenove+Loyd, on board the stunningly restored Halas 71 (a boat with an impressive pedigree of its own, dating back to the founding of the Turkish Republic) for an eight-day voyage through more than three millennia of history and conflict: religious, cultural, political – and culinary. The itinerary will progress from explorations of Byzantine Istanbul and Bursa (the preserve of medieval Ottomans), along the Dardanelles and to the battlefields of Gallipoli and Troy. Each day’s private excursions will be complemented by talks, exquisite meals and time aboard to simply enjoy a rarely plied stretch of the country’s coast. cazloyd.com, from £9,525 per person sharing

A (literal) half world away, along the Pacific coast of Chile, another blue-chip expedition company – this one focused on ultra-exclusive sustainable fly-fishing destinations – is back in full force for 2021, after a few years out of the game. Nomads Of The Seas is offering a genuinely unique take on exploring the Patagonian archipelago – one it’s calling “extreme fly fishing”– aboard the 150ft-long Atmosphere. The archipelago’s many rivers and fjords are reached with a half-dozen Jetboats and a Zodiac Hurricane 920; its almost totally inaccessible network of inland lakes and streams is made easy work of with a Bell 407 chopper and another four Helitour Mission Zodiacs which it’s equipped to transport. Atmosphere’s 14 cabins (all en-suite) accommodate 18 fishermen and -women and 10 lucky tagalongs, for whom they’ll also create non-fishing land excursions. On these maiden expeditions, available upon request, Atmosphere will be in virgin, un-fished waters and/or territory. Harry Hastings at master Patagonia fixers Plan South America is the man to call. plansouthamerica.com, from $97,500 per night

Island hopping in the Ionian

And if the Ionian Islands – explored via the Ionian Sea – are the only way forward for you (and you’ve some seriously deep pockets), look to Edmiston, which has repositioned a knockout sailing yacht here through the end of September: Victoria A is a 43m, Perini Navi-built ketch that underwent a total interior refit in 2018 by the studio of Christian Liaigre. It sleeps 12 across five cabins, with a large flybridge for outdoor dining and lounging, a profusion of toys (from SUPs and kayaks to diving equipment), top-flight communications systems for those who need to stay connected, and a crew of seven to look after the dining-playing-lolling needs of those who are 100 per cent OOO. edmiston.com, from €140,000 per week 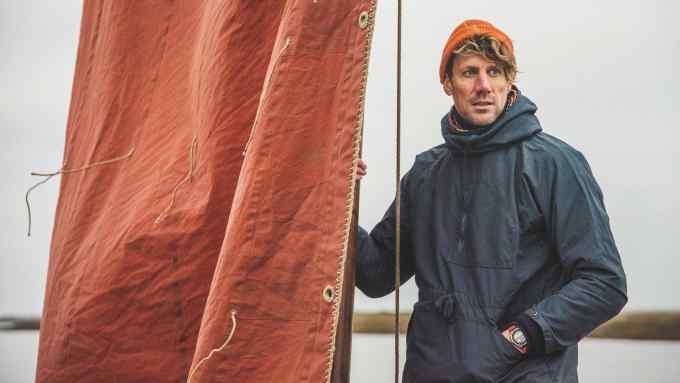