Spinal muscular atrophy is often a cruel disease. It can leave newborns with weakened muscles, unable to use their limbs and can affect their ability to eat and breathe. Most babies with the worst form of the condition die in their first 18 months.

Unfortunately for sufferers, the condition is also a rare one — only affecting an estimated one person in 10,000. For rare diseases such as this, data on the condition and how to treat it are scarce.

In recent years, though, some significant breakthroughs in treatment have been made. One approach involves using gene replacement therapy to introduce a healthy version of the problem gene.

“I’ve never seen anything like what is now happening with spinal muscular atrophy,” says Volker Straub, director of the John Walton Muscular Dystrophy Research Centre. “Now, this is a disease that we are almost about to cure.”

30mn Number of people in Europe suffering from rare diseases

The new therapies have also incentivised screening for the disease among newborns, which will in turn mean the treatments are more widely used — a virtuous circle.

However, breakthroughs such as this remain very much an exception to the rule.

But, when the rare diseases are taken together, as many as 30mn people in Europe suffer from them, according to the EU. Many have yet to receive a diagnosis, though: on average, it takes four years for patients to find out what rare disease they are suffering from, according to Eurordis, a patients’ association.

Experts in the field say that inadequate infrastructure for data sharing and international collaboration on research is the main obstacle to progress. Rare diseases are difficult to study as scientists must first find patients, who can only be found if they have been diagnosed. Yet, without sufficient research, many are not.

However, if countries share data, then patients can be studied and effective treatments developed. Merely knowing how many people suffer from a disease can incentivise pharmaceutical companies to invest in finding treatments.

Genomics
Scientists use genomic sequencing to pinpoint cause of rare diseases 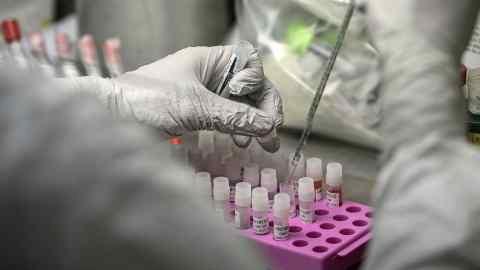 “It’s a vicious circle,” says Anna Kole, public health policy director at Eurordis, a rare disease research alliance. “A company is not going to invest in an area of therapeutics where nobody knows anything.” Financial risks rule it out: the cost of researching and developing a rare disease treatment can run into hundreds of millions of dollars.

As a result, until not long ago, rare diseases were not recognised as a problem to be addressed. But, in 1999, that changed in Europe, when the EU adopted a regulation on “orphan drugs”. This introduced incentives for developing treatments that, while life saving, were for conditions so rare that it would be financially unviable to produce them. The measures include fee waivers and a market exclusivity period.

Still, there was little further progress until the advent in 2017 of European Reference Networks, which facilitate collaboration between hospitals and clinics across the continent. “The ERNs represent the biggest innovation in terms of care for rare diseases, pretty much ever,” says Victoria Hedley, rare disease policy manager at Newcastle University in England.

Countries had been researching in isolation, essentially studying diseases from scratch, not knowing whether their neighbours may be working on the same condition. “You need to have as much data as possible,” explains Kole. “You need to understand who these patients are.”

But, in spite of these advances, only six per cent of rare diseases have a dedicated treatment, according to Rare2030, a study led by Eurordis. Many patients often have to fund their own research and care. For the rest, there is either nothing or only drugs designed for other conditions. While these may lessen suffering, they cannot transform quality of life or address the underlying problem.

Another big obstacle is the cost of treatments that are discovered, which can be very high, meaning health systems struggle to pay for them. For example, the National Health Service for England said in March 2021 that the spinal muscular atrophy treatment Zolgensma had a list price of £1.79mn per dose. It had, thankfully, been able to secure a “substantial confidential discount” on that price.

You need to have as much data as possible. You need to understand who these patients are

Once there is a way to pool rare disease patients and track their conditions, though, small insights can add up. As with spinal muscular atrophy, a treatment can spur improvements in diagnostics.

Kole says it can also prompt further questions: “How are we diagnosing these patients? Where is that data going? Who has access to it? And who is supplementing the data with evidence once they are using breakthrough therapies?”

Yann Le Cam, chief executive of Eurordis, says there is now “a critical mass of knowledge which is growing”. With a comprehensive European rare disease plan, he says, the time for development and diagnosis could be reduced and the number of therapies could increase fivefold in ten years. However, this could only be achieved if data sharing was improved and countries built and shared national plans on rare diseases.

The EU is currently targeting treatments that could be used for a variety of rare diseases. It hopes that, by tackling the common conditions or issues generated by rare diseases — such as a weak immune system — the treatments could work for several conditions at once.

The Rare2030 report, released last year by key figures in the rare disease community, had as its main recommendation that should there be better European infrastructure for information sharing.

And there is now a better chance of progress as the European Council presidency is held by France, which has been known to put rare diseases high on its agenda. A ministerial conference on rare diseases scheduled for February 28 will be the first such high-profile meeting on rare diseases in over a decade — and an opportunity to develop that European plan.

“We have spent decades highlighting the problems and challenges,” says Kole. “We’re ready to come forward with some solutions.” 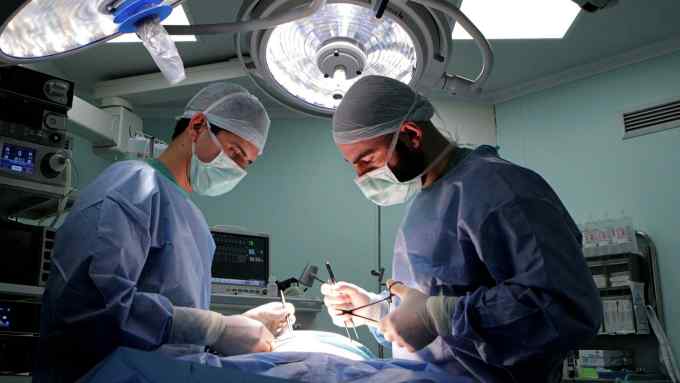